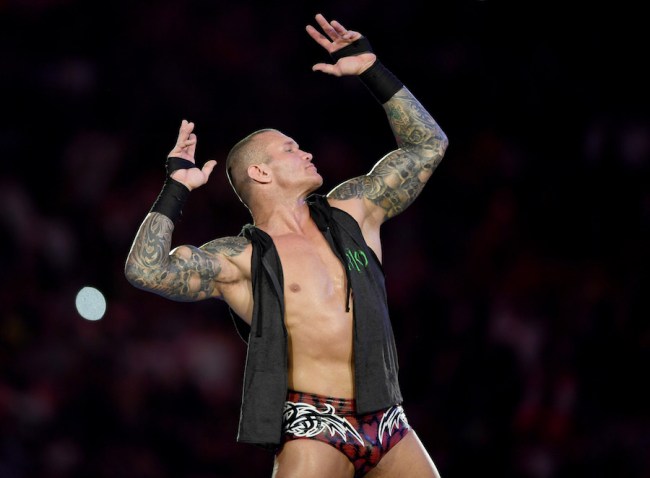 The tattoo artist who created some of Randy Orton‘s icon ink is suing the WWE and Take-Two Interactive Software over copyright issues involving her work.

In the lawsuit, Catherine Alexander says that she did not give WWE, Take-Two Interactive Software, 2K Games, 2K Sports, Visual Concepts Entertainment, Yuke’s Co., or Yuke’s LA “permission to use the tattoos” which include the tribal tattoos on Orton’s forearm, a Bible verse on his arm, a dove, a rose, and a skull.

Alexander is one step closer to winning the case or at least having her day in court.

From The Hollywood Reporter:

On Saturday, an Illinois federal judge handed her partial summary judgment by determining that WWE and Take-Two Interactive Software, the publisher of the WWE 2K series of video games, had indeed copied her work.

Now the question for a jury is whether that rises to copyright infringement. The judge denies the defendants’ own motion for summary judgment by deciding that certain questions are triable ones.

Those include whether Alexander impliedly licensed Orton to disseminate and display the six tattoos she inked for him.

The U.S. District Court Judge’s decision set up the first copyright trial ever to focus on the unauthorized reproduction of tattoos.

Last March, Take-Two beat a copyright suit brought by a company that claimed to own the tattoo designs featured on the bodies of NBA stars LeBron James, Kenyon Martin and Eric Bledsoe.

The New York judge in that case had decided that the small display of tattoos in a video game weren’t substantially similar to what were on the basketball players, and even if otherwise, the use of the copyrighted material was de minimis, there was a reasonable inference of an implied license, and the video game maker also had a good case for fair use. It was a complete win for the defendant, and one that put some minds in the entertainment industry at ease.

The fascinating part of the story, as reported by THR, actually happened over eleven years ago and involved Alexander getting stonewalled with a legit beef about her tattoos being used without her permission.

In 2009, Catherine Alexander heard that the WWE was about to introduce a new product — faux sleeves of tattoos made to look like Orton’s actual tattoos.

Alexander contacted WWE’s legal department. She introducing herself as Randy Orton’s tattoo artist and she said she was willing to negotiate for any reproductions of her work.

“The person laughed at me and said I had no grounds, and they can do what they want with his images,” she testified at a deposition. “He is their wrestler.”

In the case of the video game, Alexander has an uphill battle, but with the sleeves she was 100% entitled to some type of compensation.

No date for the trail has been set.

[via The Hollywood Reporter]