Tax Day’s Coming Up, So Here Are The Punishments That Could Happen If You Don’t Pay The IRS On Time 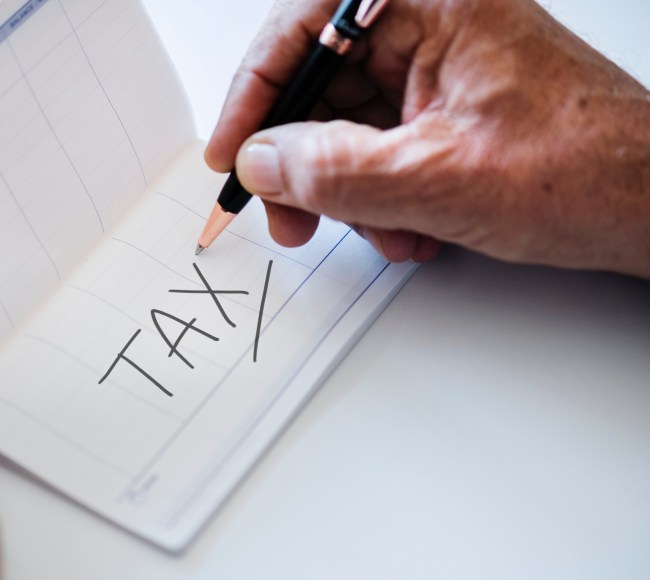 Tax day can really suck, depending on who you are. For instance, while some people file different types of taxes on their income and assets that result in getting a tax return, for somebody like me who works as a 1099 contractor, I actually have to save money all year long and pay the IRS a ton of money each year. Yes, it is a thorn in my side all year long putting money aside in preparation of April 15 (or, in this year’s case, April 17), but I don’t want to get my ass thrown in jail for not paying the IRS what I owe it because I can’t responsibly save.

But have you ever thought about what actually happens if you’re too late in getting your money to the IRS on tax day? As someone who has deferred filed taxes in the past once before, there are some options to avoid major penalties, but, even when deferring, there’s still some interest tacked on as you pay over time.

For those who might already be sweating next week’s tax day — remember to postmark your envelope by April 17 — if you’re thinking about ways to dodge the IRS because you’re just one of millions of people who are filing, the good people at NerdWallet broke down some harsh penalties that could be a result of failing to pay on time, which should scare you enough into never trying to pull a fast one. Here’s some of what NerdWallet pointed out.

As mentioned above, even if you defer payments when filing your taxes, you’ll still accrue interest on whatever you do owe. While the most common interest penalty is just 5%, the IRS may can also add on a late-payment penalty of 0.5% per month, with a maximum penalty of 25%. Who the hell wants to pay that much money to the IRS for missing the tax day deadline?

NerdWallet spoke with a CPA named Sal Curcuru who said this about the penalty after 1-3 months of being late of filing by tax day: “You’ll get a letter noting that there’s a balance due,” with the ton gradually getting more severe as you ignore the warning signs from the IRS.

This is where some next level stuff can happen, with punishments for not filing by tax day dropping hard on you. According to NerdWallet, a tax lien is a legal claim against property and financial assets that you either own or may have coming to you. It’s not yet a seizure of your assets, but a claim against them.

This means that things such as loans, security clearance to fly and, yep, even your ability to get a job could be impacted because you didn’t file and send everything to the IRS by tax day. Oh, and if you’re thinking about filing for bankruptcy, hold that thought, because that doesn’t even rid you of the lien or your tax bill.

The IRS may send your overdue account to a collection agency — which you should be warned of by the agency ahead of time should that happen, and, in rare cases of people owing tens of thousands of dollars, a person may come find you to serve you a notice, according to tax attorney Brian Harris. “In some cases, [accounts] will be escalated to a revenue officer, which is a person that goes out in the field and collects taxes.”

This is where the IRS will take things to a whole new level to collect payments, sending out a levy to actually seize your assets — like property, bank accounts, Social Security and, yep, even your paycheck. According to the aforementioned Brian Harris, these can happen quickly, but, to get to this point, it can take a little while. “They can take your car and they can sell it at auction, and they can turn that into cash and apply that to your unpaid tax liability,” he says. “They can go after IRAs, and your homestead here in Florida, and 401(k)s — assets that a lot of other creditors can’t. So, down the road if they do decide to collect, none of the property that you have is necessarily shielded.”

Tax day is no joke, so, even if you only think owing a couple hundred bucks is no big deal and you can skate by without paying on time — which I have no idea why anyone would think — you’re definitely wrong. Sure, it’s not thousands or tens of thousands of dollars, but you want to make sure you file correctly so you know if you’re owed anything or are responsible for paying the IRS, as well as get everything out by the April 17 tax day deadline this year to avoid any punishment. The last thing you want is to have that $225 tax bill you owe turn into something over $1,000 because you filed late or not at all and refused to do anything about it.