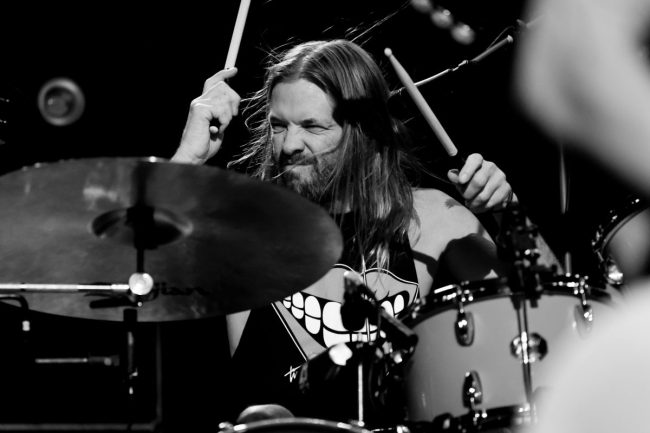 Those close to Foo Fighters drummer Taylor Hawkins continue to mourn the death of the legendary rock star, who passed away in late March. The passing came in Bogota, Colombia as the band prepared to make an appearance in the Estereo Picnic music festival.

The news sent shockwaves around the music world, and many are still grasping the terms of Hawkins’s sudden death. But in the face of tragedy, we’ve seen some amazing response.

Over the weekend, Taylor Hawkins’s 16-year-old son, Shane, was filmed playing a rooftop show with the band The Alive in California. He performed the Foo Fighters’ hit “My Hero” as a tribute to his late father.

“Not a dry eye in the crowd, such a touching tribute to his dad. The hawk would’ve been proud.”

The performance came as part of a 4th of July block party in Laguna Beach, and the emotional dedication was incredible to watch.

Shane definitely seems to have gotten some of his father’s skills on the drum set. The opening clip brings chills, and obviously with the meaning behind it, the tribute hit will also bring a tear to your eye.

The Alive actually opened for the Foo Fighters at Lollapalooza Chile just a week prior to the tragic death. It’s only fitting that Taylor Hawkins’s son would hop on the kit with the crew in his father’s hometown of Laguna Beach.

While folks still mourn the unfortunate passing of a true rock and roll hero, responses like this show just the impact that Hawkins had on those around him.