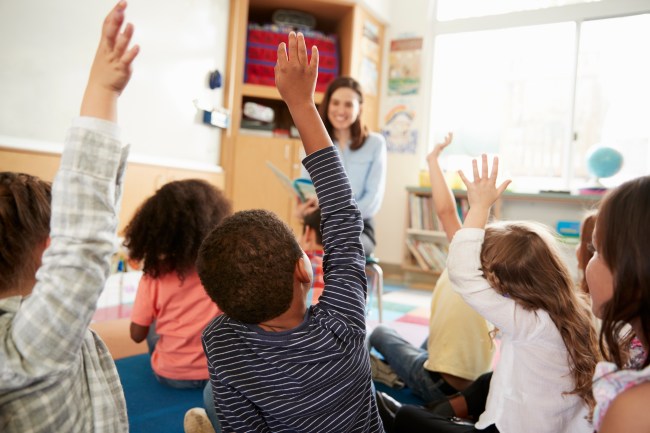 Can you imagine how shitty it would be to go through all that extra schooling to follow your dream and become a teacher only to have that dream make you so jaded and bitter that you burn it to the ground in one fell swoop?

If not, ask this fifth grade teacher from Gary, Indiana who reportedly gave an 11-year-old autistic boy a “most annoying male” trophy at an awards luncheon for Bailly Preparatory Academy students last month.

The boy’s father, Rick Castejon, claimed the special education teacher handed his son the trophy at the Merrillville Golden Corral in front of students, parents and the school’s principal.

According to The Times of Northwest Indiana, parents fell silent as the trophy was given to the boy with “BAILEY PREPARATORY ACADEMY 2018-2019 MOST ANNOYING MALE” inscribed in large font on the front. Castejon wanted to avoid a big hoopla, so he just left the trophy on the table at the end of the lunch, but the teacher jokingly reminded him not to forget it.

The joke fell flat, as Mr. Castejon would set up a meeting with school staff to discuss his concerns.

Gary Community School Corp. emergency manager Peter Morikis reportedly assured the father that the teacher could be suspended for two weeks, and that she could possibly be fired.

Castejon revealed that the school called him multiple times over the school year for guidance on how to manage his son’s behavior.

“They called me all the time if he didn’t want to work, would cry, or would have a breakdown.”

The child displayed common symptoms of autism–becoming emotional and nonverbal at time and rocking back and forth.

Castejon said that his son will not be attending schools in Gary next year, as the family plans to relocate to Valparaiso.

What is the proper punishment for this teacher? She should have to come into school every day during the summer and write on the chalkboard ‘I’m a fucking idiot’ 1,000 times before she can leave. Harsh, but fair.