18-Year-Old Guy Is Engaged To His Best Friend’s Mom After Only 2-Months Of Dating And It’s Not Weird At All, Nope 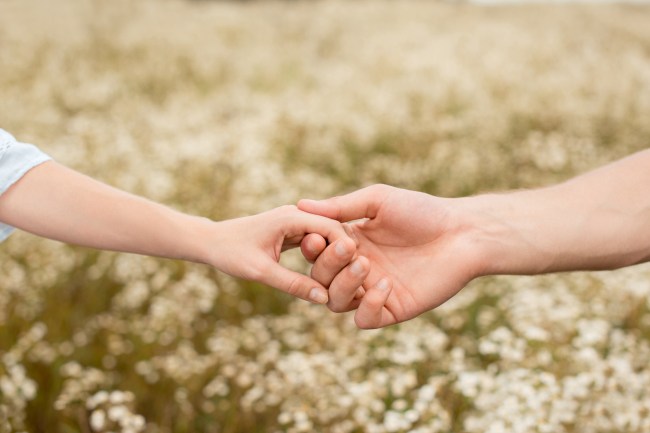 I could use this opening paragraph to hit you bros with quotes about how love is a powerful emotion that manifests itself in unimaginable ways. What you might perceive as true love is probably entirely different than your next door neighbor. But I won’t do any of that today because it’s crystal clear that what we’re seeing here is true love in its purest form.

An 18-year-old handyman from Kentucky is engaged to marry his best friend’s 39-year-old mom. Love doesn’t care that she’s more than twice his age or that she’s known him since he was 11-years-old. The two got engaged after only dating for 2-months according to the Daily Mail.

If I was in this position, I’m not so sure that I’d be totally okay with my best friend marrying my mom, but who am I to stand in the way of love? The best friend, Jaice, is totally cool with it. He’s so chill with his 18-year-old best friend sleeping with his mom that they even go on double dates together!

Here’s the story of how they came to be engaged, via The Daily Mail:

Chase Gabbard, 18, met mother-of-three Jaimee Brown, 39, when he was 11 and became best friends’s with her son Jaice, now 16.
The pair, from Corbin, Kentucky, spent years getting to know one another and became closer in 2013, after they began jogging together to help her lose weight.

Within a year Jaimee had shed more than 100lbs (7st2lbs), but it wasn’t until Chase turned 18 that he realized he was attracted to his best friend’s mother and kissed her.
Shocked by their attraction to one another with their 21-year age gap, the pair began dating and found they had more in common than not – and they even claim that Jaice is happy for them.

Jaimee, a claims agent, said: ‘I had no idea about Chase or my feelings before he kissed me. It was a total shock, but since then we have been inseparable.
‘I have three kids, so the first thing was that I had to be sure they were OK with it, as they are my number one priority.

‘But none of them had a problem, we all loved each other anyway. And when we told Jaice, he was fine with it too – they are still best friends.
‘The first proposal happened during a scavenger hunt was a surprise, I had no idea, I went all over town to end in my bathroom closet. (via)

Man, 18, gets engaged to his best mate's MOTHER, 39, after two months of datinghttps://t.co/9a1hMETlhi

Totally normal. Nothing weird at all about this at all. In the article, they say ‘I don’t think you can put a time limit on love, if you know you know’ which I’m not sure I entirely agree with given that every state in America has time limits on love. This wouldn’t have flown if he was just a few months younger. But I’m not here to pass judgment on their completely basic and boring engagement.

If you’re still unconvinced that this is 100% normal just read this and tell me it’s not the most vanilla relationship scenario you’ve ever heard of:

The couple admit they have been confused for mother and son, but believe this is part of being in an age gap relationship, but apart from that they’ve had a positive experience.

Now the whole family hang out together, with the couple even going on double-dates with oldest son Jaice, who is one of their biggest supporters.

Jaimee said: ‘We hold hands and kiss one another on the forehead, nothing inappropriate. We’re just a regular couple. (via)

Just a regular couple who get confused for mother and son.

If you’d like to see some photographs of the lovely (completely normal) couple and their happy life together you can click here to visit the Daily Mail where they have a bunch of licensed photos from Caters News. Unfortunately, I don’t have access to those images and can’t share them here or I would, sorry bros.