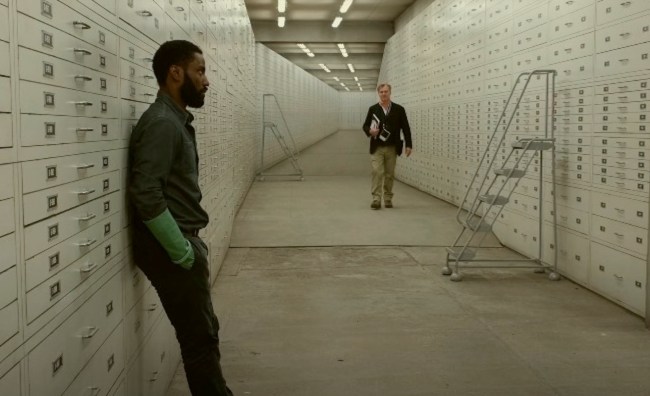 It’s happening. Can you believe it? Tenet is, finally, almost here.

Originally slated to hit theaters on July 17, Tenet has since turned into a referendum on the entertainment industry as a whole, as its frequent delays and pushback have served as a barometer of the entirey of Hollywood.

First, before the world fell apart, Tenet was sit to drop on July 17. Then, once movies started shifting their release dates due to the COVID-19 pandemic — some, like Fast& Furious 9, just said “screw it” and delayed until next year — it was first delayed to July 31, then to August 12. Finally, it appears Warner Bros. has settled on an August 26 international release and a September 4 United States release, which is just nine days away from the time of this writing.

Ahead of the release of this now mythical and memeable film, Warner Bros. has dropped an awesome behind-the-scenes look at how the latest of Christopher Nolan’s grandiose films came to life.

Based on early reviews of the film thus far, while Tenet doesn’t seem poised to reshape the entire movie-making process and film industry as we know it, it does seem to be registering as yet another solid entry into Christopher Nolan’s already legendary filmography (Tenet currently sits at an 84% critic score on Rotten Tomatoes, but I’m willing to bet the fan score is much higher).

“A visually dazzling puzzle for film lovers to unlock, Tenet serves up all the cerebral spectacle audiences expect from a Christopher Nolan production,” reads Rotten Tomatoes’ summarization of Tenet.

Tenet, after numerous delays, is finally set to hit theaters in the United States, where theaters are open, on Friday, September 4.