Here’s The First Official Look At ‘Tenet’, Which Christopher Nolan Is Calling His ‘Most Ambitious’ Film Yet 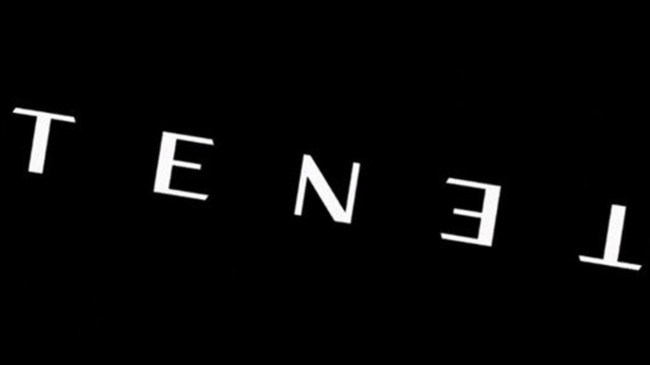 Following the somewhat formulaic entry in his filmography that was Dunkirk — by his standards, at least, he was still messin’ with the way time is presented, as is tradition — acclaimed director Christopher Nolan is going to back to full-on mindfuckery with his next film Tenet.

Starring John David “Son of Denzel” Washington and Robert “Wait That Dude From Fuckin’ Twilight?!” Pattinson, Tenet has been generally described as a “time-traveling espionage film”, which is a phrase that can only be uttered when talking about a Nolan flick.

What’s great about Nolan is — especially in this “golden” age of franchises — is that he is one of the few remaining directors that is essentially given a blank check to make whatever the hell he wants.

Want Batman to sit around with a broken back and have Tom Hardy mutter through a mask for two hours? Do it! Matthew McConaughey using books to communicate through various layers of time and space? Here’s $200 million! You want to make Saving Private Ryan except about 300,000 Brits and have Tom Hardy mutter through a mask, again!? And we now present you with your first Academy Award nomination for Best Director! And Tenet sounds like the ultimate distillation of that idea — Christopher Nolan just Christopher Nolan-ing all over the fucking place.

Set to hit theaters in July, Entertainment Weekly has dropped the first official images from the film, including a brief, yet insightful, interview with Nolan.

“We’re jumping off from the point of view of an espionage film, but we’re going to a number of different places,” explains the director of the blockbusters Inception, Interstellar, Dunkirk, and the Christian Bale-starring Batman trilogy. “We’re crossing a few different genres in a hopefully exciting and fresh way. [Producer] Emma [Thomas] and I have put together a lot of large-scale productions, but this is certainly the biggest in terms of international reach. We shot in seven countries, all over the place, with a massive cast and huge set pieces. There’s no question, it’s the most ambitious film we’ve made.”

The director also reveals that Washington is “very much the hero” of Tenet. “He’s a massively talented actor and physically gifted,” Nolan says of the BlacKkKlansman star, who is a former professional football player. “He’s an athlete and pretty hard for anybody to keep up with, including the different vehicles we shot him from — cars and helicopters. [Laughs] This guy moves.” [via Entertainment Weekly]

Trailer drops Thursday (IMAX preview before #StarWars) for what Christopher Nolan says is his most ambitious movie yet. pic.twitter.com/G3PfCK7n5y

In addition to this first look, it’s being reported that the first official trailer will drop on Thursday.

Tenet — which also stars Elizabeth Debicki, Aaron Taylor-Johnson, Michael Caine, Kenneth Branagh, Clémence Poésy, and Dimple Kapadia in addition to Washington and Pattinson — is set to be released in theaters in the United States on July 17, 2020.

Eric is a New York City-based writer who still isn’t quite sure how he’s allowed to have this much fun for a living and will tell anyone who listens that Gotham City is canonically in New Jersey. Follow him on Twitter @eric_ital for movie and soccer takes or contact him