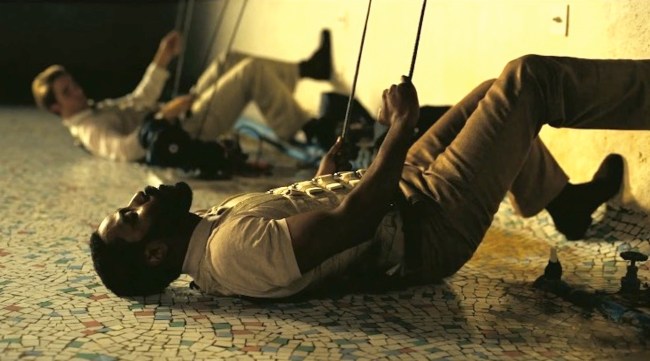 Starring John David Washington and Robert Pattinson, Tenet has been previously teased as being a “time-traveling espionage film.”

While the trailer is certainly light on plot — we do at least find out that our heroes are trying to prevent “nuclear holocaust — it does certainly confirm that TENET is sure to be the most Christopher Nolan-y movie of all-time. And we are HERE for it.

In an interview with Entertainment Weekly that was released earlier this week, the acclaimed Academy Award-nominated director claimed that TENET is the “most ambitious” film of his already storied career.

“We’re jumping off from the point of view of an espionage film, but we’re going to a number of different places,” explains the director of the blockbusters Inception, Interstellar, Dunkirk, and the Christian Bale-starring Batman trilogy. “We’re crossing a few different genres in a hopefully exciting and fresh way. [Producer] Emma [Thomas] and I have put together a lot of large-scale productions, but this is certainly the biggest in terms of international reach. We shot in seven countries, all over the place, with a massive cast and huge set pieces. There’s no question, it’s the most ambitious film we’ve made.” [via EW]