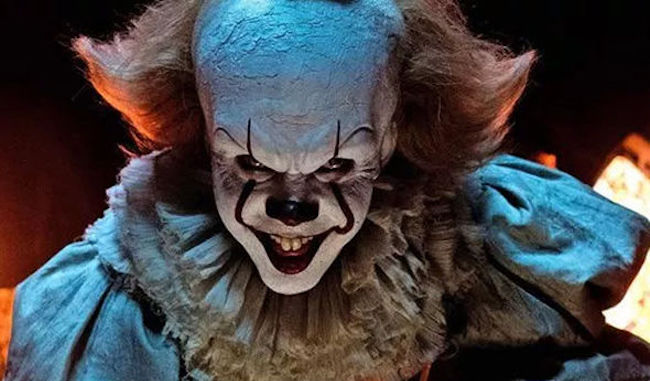 Halloween 2017 will be the ‘Year of the Clown’. The official union of clowns isn’t happy about all of the negative press that the It movie has brought to their beloved profession and I’m not really sure why. There’s never going to be more interest in clowns than there is right now. Clowns, clowning, clownhood…whatever the fuck you want to call it…is a completely dying art and industry. This the last hurrah for clowns and we can see that in the form of jack-o-lantern carving.

These terrifying Pennywise pumpkins have been all over Twitter, and they’re further proof that Halloween 2017 is going to be the Year of the Clown. There are so many of these Pennywise-inspired pumpkins that the best ones popped up in Twitter Moments last night:

Here's the newest member to my growing collection of horror pumpkins. #IT #jackolantern #Pennywise pic.twitter.com/vRiuU0Ry6k

My Dad made this Pennywise pumpkin for a pumpkin decorating contest at his job! Check it out! pic.twitter.com/WWmKbjYn2c

You can find more of these disturbing Pennywise pumpkins over on Twitter Moments. And, if you’ve got an It-inspired pumpkin of your own you can tweet it at me to @casspa and I can include it here if it doesn’t suck.