Monty Python Member Terry Gilliam: ‘I Think The People Who Made Black Panther Have Never Been To Africa’ 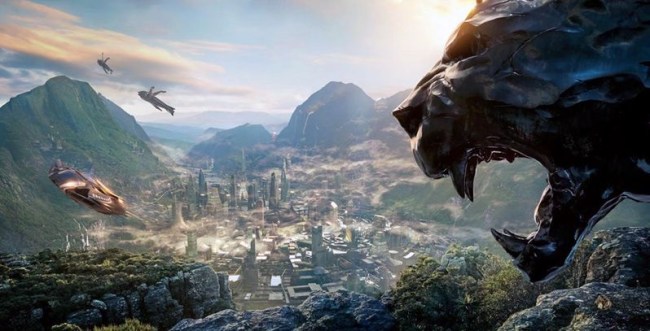 The Fear and Loathing in Las Vegas director gave an interview to IndieWire and explained why he loathed the Ryan Coogler movie. “I hated Black Panther. It makes me crazy,” Gilliam said. “It gives young black kids the idea that this is something to believe in. Bullsh*t. It’s utter bullsh*t.”

Gilliam was asked if Black Panther was critically acclaimed because of identity politics instead of merit, the Monty Python member responded, “It makes my blood boil. We’re in the era of the victim. We are all victims. It’s all somebody else, abusing us, taking advantage of us. We are powerless, except except that we go out and do other things.”

“I think the people who made it have never been to Africa,” the Hollywood director said. “They went and got some stylist for some African pattern fabrics and things. But I just I hated that movie, partly because the media were going on about the importance of bullsh*t.”

To get ideas for the imaginary Sub-Saharan African nation of Wakanda, Ryan Coogler did visit Africa before making Black Panther, including stops in Cape Town, Johannesburg, Kenya, Rwanda, West Africa, and Lesotho.

“It was an incredible blessing about being part of this project, I was able to take that trip and get motivation and put it into the art,” Coogler said in 2018. “I put some of these feelings I had about myself and about my heritage into the art. I got a lot of inspiration for Wakanda from all of those places.”

However, very little footage of Black Panther was taken in Africa. A majority of filming took place at the Pinewood Studios in Fayetteville, Georgia, right outside of Atlanta. Even the Warrior Falls footage was shot in Argentina, while the chase scene was filmed in Busan, South Korea, at the Gwangan Diamond Bridge and Jagalchi Market. The only video from the African continent was aerial footage of South Africa, Zambia, and Uganda.

“There isn’t room or money for a greater range of films. You make a film for over $150 million or less than $10 [million]. Where’s all this other stuff? It doesn’t exist anymore,” Gilliam said of Marvel Cinematic Universe and DC Comics movies. “I make films where I’m trying to make people think. I mean, I try to entertain them enough that they don’t fall asleep on me, and they’re there to make you think and look at the world in a different way, hopefully, and consider possibilities. Those films don’t do that.”

Coincidentally, this is the second time this week that Wakanda has been in headlines. The fictional country in Africa and home to King T’Challa from the comic book movie was named as a free trade partner by the U.S. government. The U.S. Department of Agriculture website actually said Wakanda was a real nation.

New York software engineer Francis Tseng was doing research for a fellowship application when he discovered that the United States recognized that Wakanda was an actual country. The USDA website even listed tariff codes for animals, tobacco, and alcohol for the imaginary land. No word on whether or not Zamunda is in the U.S. database as a trading partner.

The Department of Agriculture has since removed Wakanda from the database after Tseng’s tweet went viral. The USDA said that Wakanda was a “left-over from a not-for-public consumption site test.” There goes our chance at trading for some vibranium. The official USDA Twitter account shared this Black Panther GIF and showed support by tweeting “WakandaForever.

While we removed the Kingdom of Wakanda from our list of US free trade partners, our relationship will always be strong #WakandaForever pic.twitter.com/wiRSCIdfGh