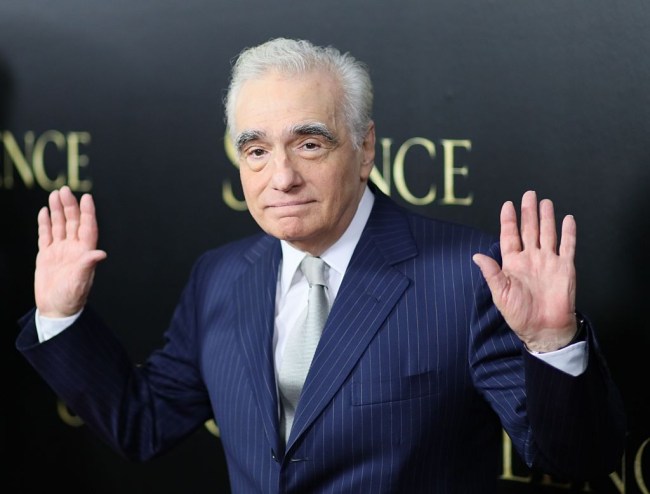 A week and a half ago, Martin Scorsese angered comic book movie enthusiasts everywhere when he belittled superhero films, in particular, Marvel movies. The Irishman director is not backing off his critical judgment of comic book movies and in fact, is doubling down on his sneering of the MCU films.

Almost two weeks ago, Scorsese was asked by Empire Magazine if he watches Marvel movies, and he responded: “I don’t see them. I tried, you know? But that’s not cinema.”

“Honestly, the closest I can think of them, as well made as they are, with actors doing the best they can under the circumstances, is theme parks,” Scorsese said. “It isn’t the cinema of human beings trying to convey emotional, psychological experiences to another human being.”

Scorsese has not changed his mind about comic book movies. At a press conference before The Irishman premiere at the BFI London Film Festival on Sunday, the legendary directed bashed comic book movies once again.

“The value of a film that is like a theme park film, Marvel-type pictures, where theatres become amusement parks, that’s a different experience,” Scorsese said. “It’s not cinema, it’s something else, we shouldn’t be invaded by it, so that is a big issue and we need the theatre owners to step up to allow theatres to show films that are narrative films.”

🗣️"Allow theatres to show films that are narrative films." pic.twitter.com/Zz19pk0dmZ

Scorsese’s original disparaging remarks about Marvel movies caused quite the commotion around Hollywood.

Samuel L. Jackson weighed in on the controversy. “I mean, that’s like saying Bugs Bunny ain’t funny. Films are films. Everybody doesn’t like his stuff either. We happen to, but everybody doesn’t,” Jackson told Variety. “There are a lot of Italian Americans that don’t think he should be making films about them like that. Everybody’s got an opinion, ain’t going to stop nobody from making movies.”

Guardians of the Galaxy director James Gunn went to Twitter to voice his disappointment with Scorsese. “Martin Scorsese is one of my 5 favorite living filmmakers,” Gunn tweeted. “I was outraged when people picketed The Last Temptation of Christ without having seen the film. I’m saddened that he’s now judging my films in the same way.”

“That said, I will always love Scorsese, be grateful for his contribution to cinema, and can’t wait to see The Irishman,” Gunn wrote.

That said, I will always love Scorsese, be grateful for his contribution to cinema, and can’t wait to see The Irishman.

Robert Downey Jr. was a little more understanding, possibly setting himself up for a role in a future Scorsese movie. “It’s his opinion. I mean it plays in theaters. I appreciate his opinion because I think it’s like anything,” the Ironman actor said. “We need all of the different perspectives so we can come to center and move on.”

Meanwhile, some first reviews of The Irishman are rolling in and they are quite laudatory of the crime drama starring Robert De Niro, Al Pacino and Joe Pesci. The Guardian declared The Irishman to be “Martin Scorsese’s finest film for 30 years.”

You’ll get your chance to judge for yourself when The Irishman hits Netflix on November 27.