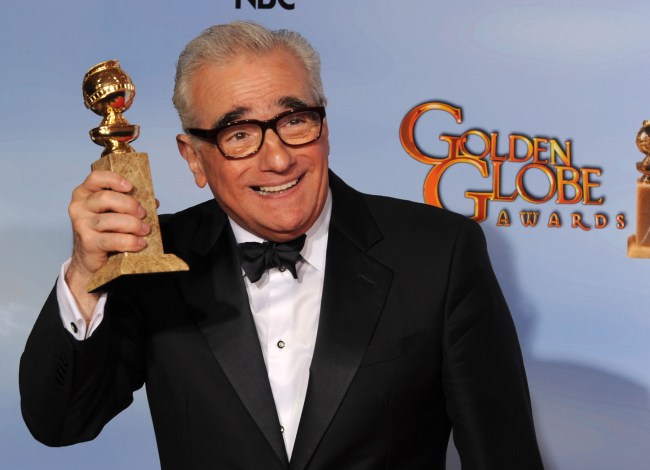 Legendary filmmaker Martin Scorsese is drumming up some controversy ahead of his upcoming movie The Irishman. In what is sure to anger comic book fans everywhere, Scorsese said that Marvel movies are “not cinema.”

The prolific director has one of the most impressive directorial resumes in Hollywood, including cinematic masterpieces such as Goodfellas, Casino, Taxi Driver, Raging Bull, The Departed, and The Wolf of Wall Street, just to name a few. But don’t expect Martin Scorsese to direct the 20th Spider-Man movie or any Marvel Cinematic Universe flicks for that matter.

In an interview with Empire Magazine, Scorsese discusses comic book movies and he is not impressed.

When asked if he watches Marvel movies, Scorsese responds, “I don’t see them. I tried, you know? But that’s not cinema.”

The iconic director then made a comparison of superhero movies. “Honestly, the closest I can think of them, as well made as they are, with actors doing the best they can under the circumstances, is theme parks,” Scorsese said. “It isn’t the cinema of human beings trying to convey emotional, psychological experiences to another human being.”

One could argue: “Who doesn’t love theme parks?”

Guardians of the Galaxy director James Gunn chimed in on the controversial statement by tweeting his opinions on the debate.

“Martin Scorsese is one of my 5 favorite living filmmakers,” Gunn tweeted on Friday afternoon. “I was outraged when people picketed The Last Temptation of Christ without having seen the film. I’m saddened that he’s now judging my films in the same way.”

“That said, I will always love Scorsese, be grateful for his contribution to cinema, and can’t wait to see The Irishman,” Gunn added.

That said, I will always love Scorsese, be grateful for his contribution to cinema, and can’t wait to see The Irishman.

This past year, Ryan Coogler’s Black Panther became the first superhero movie to be nominated for the Academy Award for Best Picture. On Thursday, Joker was released and it has an early buzz on how much of a riveting dark drama the film is thanks to an outstanding performance by Joaquin Phoenix.

Joker director Todd Phillips pointed out how Scorsese’s films from the 1970s inspired his DC Comics villain. “Movies from these great character studies that they don’t do as much nowadays as they did in the late ‘70s, whether it was One Flew Over the Cuckoo’s Nest, or Taxi Driver, or Serpico, or Raging Bull, of course, King of Comedy,” Phillips said. “Marty was doing a ton back then. And even things like [1928 silent film] The Man Who Laughs — I mean, we were watching a lot of musicals, Scott [Silver] and I, when we were writing it.”

Scorsese is set to release his latest cinematic extravaganza, The Irishman. The 3-hour and 30-minute film will feature actors Robert De Niro, Al Pacino, and Joe Pesci. The Irishman releases on Netflix November 27.