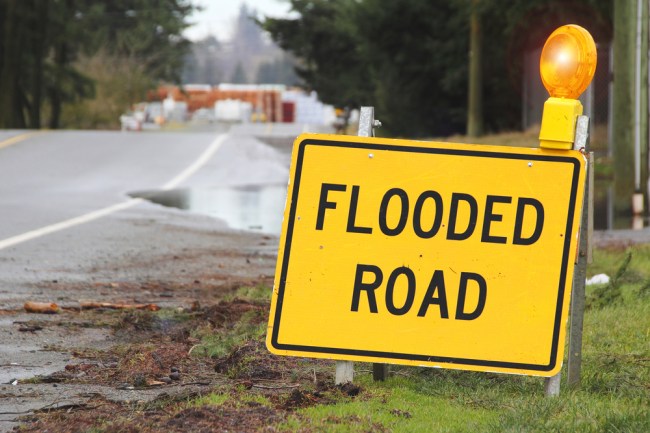 A genuine flash flooding episode isn’t something that most people have experienced in their lives and it’s definitely something that we’re trained to handle. There’s no ‘look both ways before crossing the streets’ lesson that we’re all taught about this weather phenomenon and this can quickly lead to panic when the flash floods hit.

Yesterday, Bryan and College Station, Texas were getting pounded with torrential rainfall and this led to some heavy flooding on the Texas A&M campus. Since it’s 2018 and everybody has a smartphone camera on hand aaaaaand most of those phones are waterproof by now, we saw a ton of videos yesterday showing the chaos unfolding on the Texas A&M campus with students trying to get in/out of class as the flood waters took over buildings and walkways.

The flash floodwaters were pouring into buildings, along hallways, down into stairwells. They submerged popular corridors. It was absolute mayhem:

this is Texas A&M: 10+ complete strangers go out of their way to push a car out of the flooding water #WhyTamu pic.twitter.com/XidBpQfOAJ

Scrolling through the ‘Flash Flood‘ tag on Twitter and it’s evident that a large portion of Texas was hit hard yesterday by flooding. Meanwhile, down in my part of Florida, we’re dealing with wildfires because we’ve had about 20 minutes of rain in the past month. If we could just get some tiny fraction of this rain in the Sunshine State that’d be ideal.