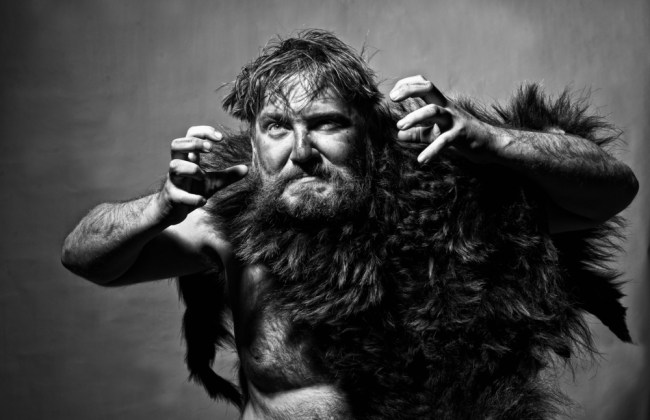 The ‘Thames Beater’ is a Neolithic club weapon which was pulled from the Thames River in England. Archeologists determined that the Thames Beater was built sometime between 3530 and 3340 BC, making it one of the oldest weapons/tools ever found in England.

Looking at the Thames Beater you wouldn’t think it was very much. Just a wooden club that was probably used to crack some rabbit skulls and/or take down other game from short range. You wouldn’t think that this tool that’s literally thousands of years old and constructed using primitive tools was capable of killing a grown man with a single blow, but you’d be wrong.

A recent study titled ‘Understanding blunt force trauma and violence in Neolithic Europe’ was published in the journal Antiquity by Cambridge University Press. In this study, they reconstructed a mirror image of the Thames Beater to see how powerful such a tool might be, or what unexpected uses it might have had. What they found was this tool was insanely deadly, as far as Neolithic tools go.

Here’s a look at the Thames Beater:

Using the replica, the researchers asked a 30-year-old male volunteer to wield it in order to test its effectiveness in combat. The man was asked to bash a test dummy built of a realistic military ballistic material, complete with a faux human skull.
The “fight” proved to the archaeologists that the club would have been capable of shattering a human skull with a single hit and that the weapon could have been used in multiple different ways. A ranged attack, with a full swing from the end of the handle, would have been useful when the target was greater than arms’ length away, while a two-handed bash using the beefy pommel may have been used when an enemy was much closer.
After testing its effectiveness, the scientists further compared the injuries the test dummy sustained with actual human skulls found in graveyards from the same time period. They reported finding at least one with a skull fracture that looked nearly identical. (via)

Again, this doesn’t exactly look like the deadliest piece of wood ever constructed. Don’t even try to compare this to a baseball bat because that’s made with modern tools and is hardened. This is just a chunk of wood carved from a tree by a Neolithic being that’s somehow powerful enough to crack a skull and be swung around with ease. And there are multiple ways to use this as a bludgeoning device. Wild stuff.

You can check out the experiment HERE on Cambridge’s website.