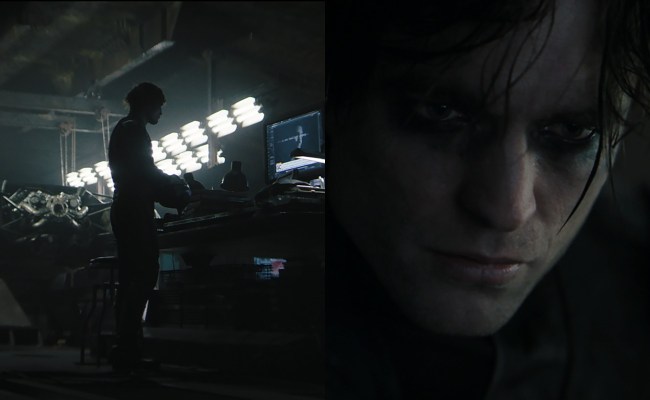 Obviously saving the best for last, Warner Bros. and DC Comics closed out their massive DC FanDome event by unveiling the first look at The Batman.

Helmed by Matt Reeves, it’s been confirmed that The Batman will be taking place on a previously unseen New Earth within the DCEU multiverse, therefore standing alone, separate from Joaquin Phoenix’s Clown Prince of Crime in Joker, Ben Affleck’s Batman in Justice League and Michael Keaton’s Batman in The Flash.

Ahead of the reveal of the first trailer at 8:30 p.m. EST, Warner Bros. tweeted out official first-look images of Robert Pattinson as the legendary protector of Gotham City.

If you're excited about these, wait till you see what we have for you in #TheBatman panel at #DCFanDome starting at 5:30 PST. pic.twitter.com/hzSm4zV7i0

RELATED: The Official Trailer For ‘The Snyder Cut’ Is Finally Here!

In the lead-up to DC FanDome, The Post-Credit Podcast spent the last few weeks looking back at all of the DCEU films thus far, which you can stream below or listen to wherever you regularly get your podcasts. Also be sure to check out our “regular”, non-DCEU episode from earlier this week where discuss Netflix’s Devil All The Time, Shia LaBeouf to the Marvel Cinematic Universe, and interview Jake Johnson.