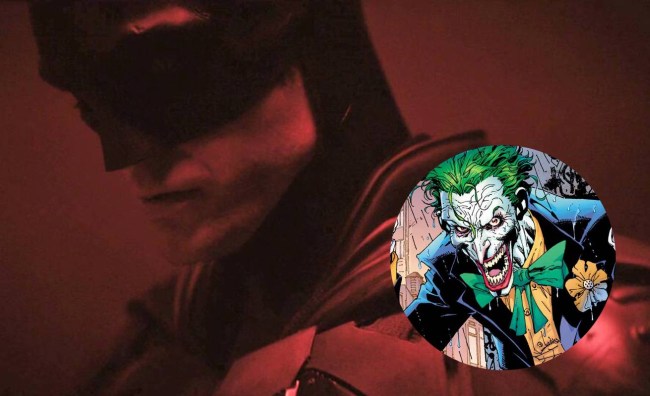 Well, I mean… duh. Look, Joker fans, whether you like it or not, the Joaquin Phoenix-starring Oscar-winner was a one-off — the future of the cinematic Joker lies elsewhere.

Think about it for a second: you really think Warner Bros. is going to launch a new Batman franchise and not have the Caped Crusader face-off against his iconic mortal enemy? It’s a no-brainer that rumors seem to indicate the infamous Clown Prince of Crime is set to appear in the franchise down the road.

“According to our contributing insider Daniel Richtman, Matt Reeves is planning to introduce a new Joker into his Batman trilogy,” The Direct reports. “Reeves is planning for the Joker to appear in the second and third movies as one of the films’ multiple villains. This new Joker will be referenced in 2021’s The Batman, and casting for the role has not yet begun.” [via Comic Book]

There is no official word on whether or not a Joker will coming to the movies from Warner Brothers or Matt Reeves.

Joker isn’t the only iconic Gotham City supervillain rumors to appear in the future of The Batman franchise, as recent rumors also indicated that a solo Bane movie — something in the vein of Joker — was shot down because the character is being “saved” for The Batman franchise.

Thus far, it appears that director Matt Reeves is attempting to make Gotham City feel as lived in as possible, as he tries to create a world where all of these various characters already exist.

With 2021’s The Batman set to feature Riddler, Catwoman, Penguin, Carmine Falcone, and MAYBE Two-Face, it’s certainly possible that an eventual sequel would see the introduction of other famed Batman rogues such as Joker and Bane.

RELATED: ‘Bane’ Movie Reportedly Shot Down Because He’s Being Saved For ‘The Batman’ Franchise