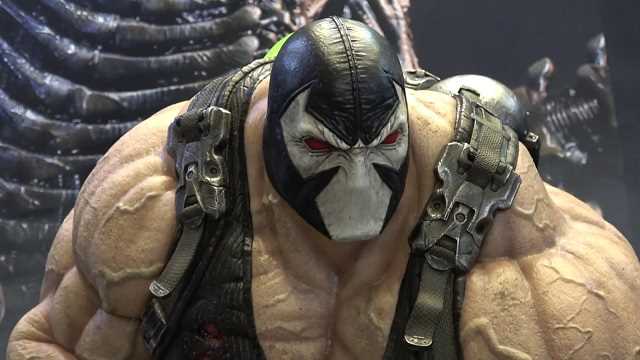 It speaks to the power of Tom Hardy’s charisma that his portrayal of Bane — despite the fact that The Dark Knight Rises is the worst of the three Christopher Nolan Batman films — remains culturally relevant to this day, eight years after the film was released.

People still wear Bane masks and do impressions of his voice. The “oh you think darkness is your ally” quote is still referenced and meme’d. Hardy’s portrayal of Bane may not have been perfect, but it was certainly memorable.

According to recent reports, Warner Bros. reportedly considering going back to the Bane well, as Heroic Hollywood states that a solo movie in the vein of Joker was considered.

“After the surprise success of Joaquin Phoenix’s award-winning Joker, there was going to be an attempt to pitch a Bane standalone film to DC executives. In a similar way to the Todd Philips film, it could’ve offered a filmmaker the chance to explore the villain’s psyche with a character study, although hopefully with a little more brawling.”

“A potential pitch for the film would have loosely used the Vengeance of Bane story from the comics as the basis for the script. The plot would’ve introduced Bane to the DC Universe revealing that his tragic origin began before he was even born. Since Batman is key to his motivation across the arc, the Bat could’ve existed somewhere in the film, even if it was just as a looming presence over Gotham City.” [via Heroic Hollywood]

However, as the reports explained, the proposed project was essentially dead on arrival as “Warner Bros. might use him in a future Batman film.”

With director Matt Reeves clearly intent on fleshing out Gotham City’s iconic rogues gallery — Riddler, Penguin, Catwoman, Carmine Falcone, and *maybe* even Two-Face are all set to be introduced in The Batman — it certainly seems likely that a character as famous as Bane will appear in the eventual sequel.