WATCH: The Dark Knight Meets Joker In A Deleted Scene From ‘The Batman’ 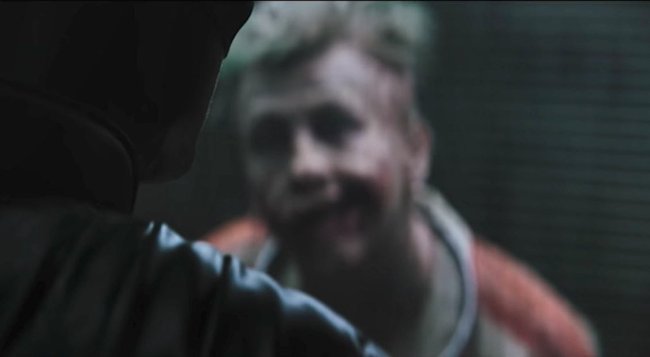 Robert Pattinson’s Batman meets Barry Keoghan’s Joker in this official clip of a deleted scene from The Batman. The scene, which was removed from the final cut of the film, features the Dark Knight paying Joker a visit at Arkham Asylum to try to get some information about Riddler, who is wreaking havoc on Gotham City.

While Keoghan’s Joker did ultimately appear in the theatrical cut of The Batman — Joker starts a chat with Paul Dano’s Riddler in Arkham, as the pair’s cells are next to each other — it was a brief scene that heavily obscured his scarred appearance. This deleted scene provides a far more in-depth look at this new iteration of the Clown Prince of Crime, which seems to be taking inspiration from newer Joker stories such as Death Of The Family.