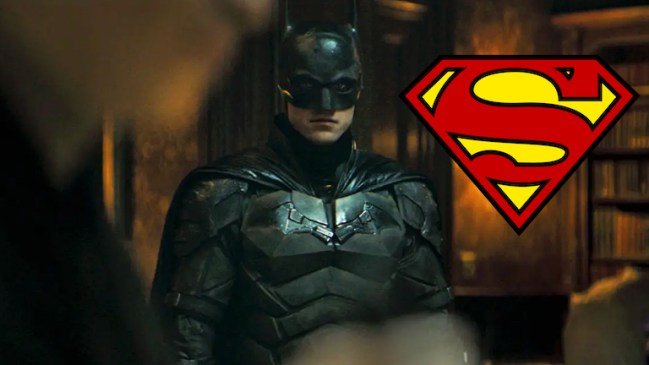 Gotta be honest with you: I did not see this one coming. Given the general tone and vibe that we’ve gotten from The Batman thus far, I assumed that the Dark Knight would be the only superhero to exist in this universe, similar to the way it was back when Christopher Nolan was in charge. After the way Batman v. Superman: Dawn of Justice and Justice League turned out, you’d think Warner Bros. would chill TF out with the world-building and just give us Batman-focused stories, right?

Over the weekend, set photos from the set of The Batman in Liverpool revealed that an extra taking part in a Halloween party scene was wearing a Superman costume, therefore suggesting that the Man of Steel exists in Matt Reeves’ universe.

AN EXTRA IN A SUPERMAN COSTUME ON THE HALLOWEEN PARTY SET OF THE BATMAN pic.twitter.com/5uuutibEY5

The Batman will always be part of the DC Universe but Matt Reeves' film is a standalone story.

It's just like the Joker card in BATMAN BEGINS & LexCorp in MAN OF STEEL. pic.twitter.com/aAv74RBx15

Looks like Superman does exist in The Batman universe timeline. The Halloween set pictures are no coincidence or random Easter egg.

But still, I think Reeves is going to take the approach of the Arkham games where other heroes are hinted but we never see them in the movie. pic.twitter.com/4B28PynJEc

Now, look, while this is certainly eyebrow-raising and leads me to believe that Superman, in some shape or form, will be mentioned over the course of The Batman franchise, I don’t see the pair duking it out or teaming up any time soon. From everything we’ve seen so far, Reeves, Pattinson, and the rest of the creative team seem intent on delivering a three-film-arc focused on the Caped Crusader and introducing the Last Son of Krypton would directly contradict that goal.

RELATED: Robert Pattinson’s Batman Was Spotted Wearing A Bathrobe And The Internet Had Jokes