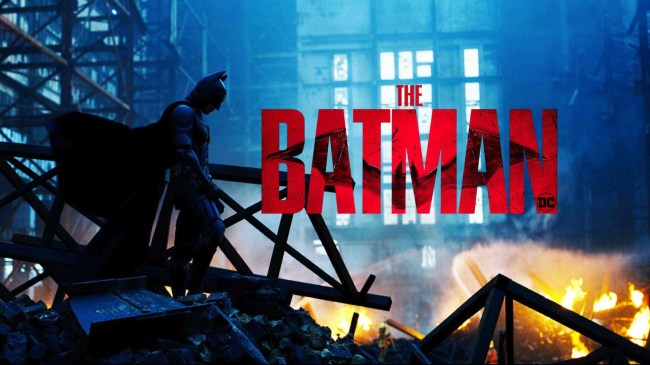 After five or six months of movie darkness, the light at the end of the tunnel is finally within view, as movies and theaters have finally begun to trickle back into our lives, beginning with the release of New Mutants, Unhinged, and Bill and Ted 3 over the course of the last few weeks. Then, of course, there’s the big one, as Christopher Nolan’s Tenet FINALLY hits theaters this weekend.

The movie train doesn’t stop there, as — barring some unforeseen disaster (which is certainly possible given how 2020 is unfolding thus far) — the coming months will see the release of massive tentpole films such as Black Widow, Wonder Woman 1984, and No Time To Die.

Beyond just this year, though, 2021 is shaping up to be a truly legendary film year, as tons of backed-up projects from 2020 will finally be dropping in addition to all of the previously scheduled features, such as Matt Reeves’ The Batman, which debuted its incredible first trailer a DC FanDome a few weeks back.

The trailer — which was put together despite the fact that only 25-30% of the movie has been filmed — introduced fans across the globe to the new Robert Pattinson version of Batman, and in doing so, established the expectation that this could become the greatest Batman movie of all-time alongside The Dark Knight. And because the internet is an occasionally awesome place, some video editing master has taken the time to make a trailer for The Dark Knight in the vein of The Batman teaser, and just like the two entities it’s combining, this fan-made trailer makes for a glorious piece of Batman content.

RELATED: Iconic Dark Knight Stories To Read Ahead Of ‘The Batman’

Great, now after going to watch The Batman trailer for the 100th time, I’m going to go watch The Dark Knight (the *obvious* #1 overall selection in our Superhero Movie Draft) for the 1000th time.