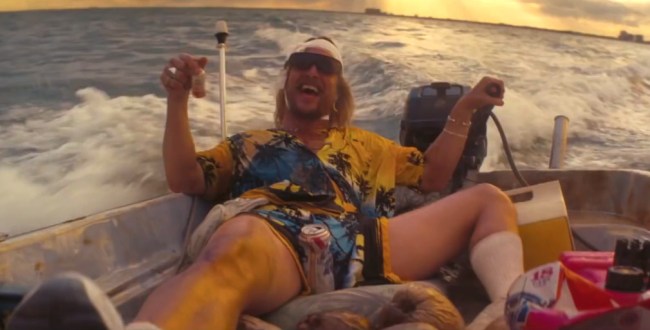 Have you heard about the upcoming movie starring Matthew McConaughey called The Beach Bum? If you haven’t, take a seat because I am about to educate you.

The Beach Bum, as I mentioned, stars McConaughey as “Moondog” and by the looks of the red band trailer below, it doesn’t look like the part was a terrible stretch for him to play.

The film is written and directed by Harmony Korine of Spring Breakers fame.

According to People, “The movie made headlines back in May when McConaughey revealed that Snoop Dogg had tricked him into smoking real marijuana during one scene.”

“I went to the prop man to make sure I have the prop weed which is like crushed oregano,” McConaughey shared on Jimmy Kimmel Live. “We pass back and forth and all of sudden at the end he goes, ‘Yo Moondog, that ain’t prop weed, that’s Snoop Weed.’ I was like, ‘Oh you son of a a gun.’ The next 9 hours were a lot of fun but I don’t think we used one word in the English language.”