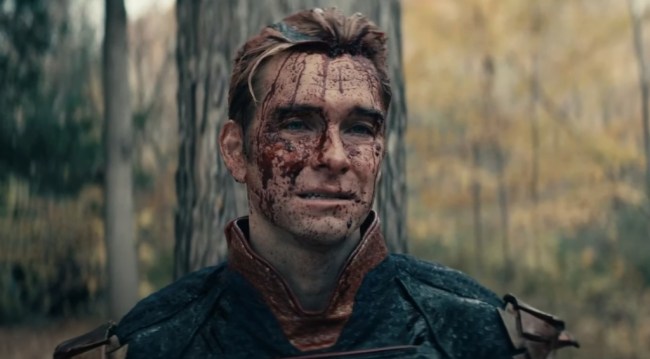 With the movie industry in such a state of flux due to the coronavirus, big-budget TV series are now more important than ever, as they currently represent one of the last remaining outlets for blockbuster entertainment. Think about it like this: by the time Black Widow comes out next Spring (*if* Black Widow comes out next Spring), it’ll be close to two years since the release of the previous Marvel Cinematic Universe film, Spider-Man: Far From Home. Meanwhile, during that very same timespan, The Boys has aired two full seasons and has become one of the biggest television shows in the country.

I suppose my point is that when it comes to the future of superhero fare, we’re going to be relying on television just as much as we do movie theaters (just look at how many MCU series are headed to Disney+), which makes the release of The Boys third season all the more highly anticipated, especially when considering that the premiere episode is set to be titled “Paypack.” Uh oh.

The Season 3 premiere of #TheBoys will be titled:

Hopefully, we won’t have to wait too long for season three, as it was already greenlit before season two ended. Given that The Boys is undoubtedly Amazon Prime’s flagship series, you have to imagine the streamer will be looking to begin production on season three as soon as possible. There was about a year between the release of season one and season two, so expect a similar wait for season three.

We reviewed the back-half of season two and looked ahead to season three on yesterday’s episode of the Post-Credit Podcast, so make sure to check that out if you enjoyed The Boys as much as we did.