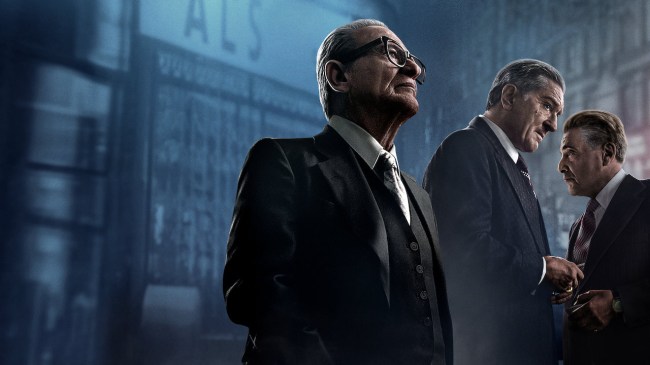 After a long and winding road to the making and eventual release of The Irishman, the latest film from iconic director Martin Scorsese is finally here and early reviews are saying it’s Scorsese’s best since Goodfellas.

Featuring the equally legendary trio of Robert De Niro, Joe Pesci, and Al Pacino, The Irishman may be the one last hurrah for that generation of stars, and if the early reviews are any indication, the film is more than a worthy farewell.

“Prepare for fireworks. With this unmissable crime epic, you’ll be watching Scorsese at the peak of his powers directing acting giants De Niro, Pacino and Pesci and creating the movie event of the year.”

“Since 1973’s “Mean Streets,” Scorsese has proven over and over to be a master of the gangster film, and “The Irishman” has everything a crime lover would want, from violence and tension to an intriguing mundaneness.”

Michael Phillips at the Chicago Tribune agreed, saying the film “moves forward and backward and sideways, getting more unpredictable and compelling as it goes.”

The Irishman will hit select theaters in the United States on Friday, November 1 before eventually being released on Netflix on Wednesday, November 27.