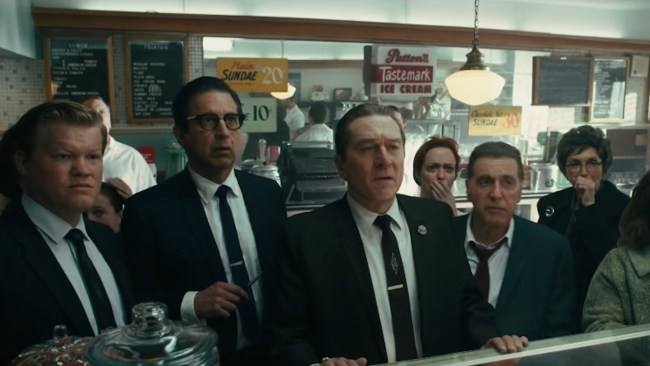 Growing up, my Mom was the big movie buff in the house. In fact, my Mom is such a movie person that she probably showed me Goodfellas before I even became a teenager. Was I a little young for such a movie? Perhaps (the first time I saw Joe Pesci’s Tommy stab that guy in the trunk still sticks with me).

But was it also likely the genesis of my love of film? Absolutely. Now, here I am in my mid-20s getting paid to write about such things and I have no one but my Mom and her love of violent movies to thank.

So, with all that said, it should come as no surprise that like most people — specifically Italian Americans like myself — that Martin Scorsese movies hold a very special place in my heart. And now that he’s got the whole gang back together for The Irishman? As my people say, fuggedaboutit.

Likely working together for the final time in their careers, Scorsese’s next film will see Robert De Niro, Al Pacino, Joe Pesci, and Harvey Keitel reunite once again to tell the story of Jimmy Hoffa’s murder. And if this latest trailer is any indication, The Irishman has all of the makings of an instant Marty Scorsese classic.

The Irishman hits theaters in the United States on November 1 and Netflix on November 27.