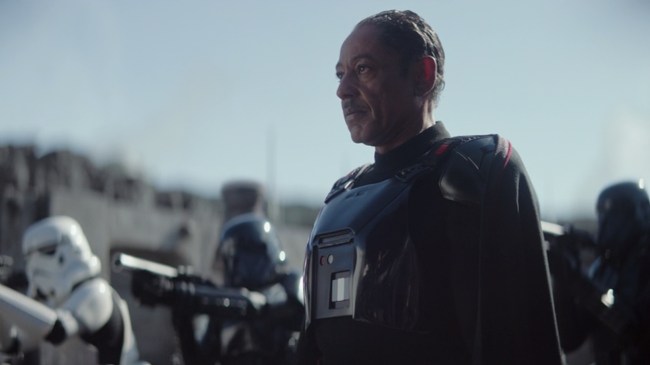 Given the disappointing reaction to Star Wars: The Rise of Skywalker — it is currently the worst-reviewed Star Wars film of all-time — the success of The Mandalorian was a much-needed victory for Disney and Lucasfilm.

Promised to be a “western in space”, The Mandalorian delivered on the hype through its combination of deft storytelling, thrilling action, and loveable characters such as Mando, Baby Yoda, Kuiil, and IG-11.

However, it wouldn’t be a Star Wars project without an antagonist, and according to Giancarlo Esposito, we’re going to be seeing a whole lot more of his in season two.

Despite being one of the most famous actors in the cast, Esposito’s Moff Gideon did not make his debut on The Mandalorian until the eighth and final episode of the first season, “Chapter 8: Redemption”, effectively setting him up as the big bad for the foreseeable future.

And according to the actor who plays him, Gideon will be far more of a factor in the upcoming second season.

Speaking at the TCA’s with /Film, Esposito confirmed that Moff Gideon has a larger role in The Mandalorian Season 2:

Additionally, Esposito went on to describe what it’s like being a part of the first even live-action television show set in the galaxy far, far away:

“It’s been exciting to be a part of that project because of the iconic nature of it, but even more so, because it has returned me to the Star Wars that I loved,” he said. “I saw the first few movies and dropped away because it became more and more in a different vein than what I wanted to be in, but this is the true space western. It gives you room and space and each one is a little bit of a film.

So you’re able to tell a story visually and it returns to the original guts of mythology based deeply rooted in Joe Campbell’s mythology which George Lucas was so fond of and which is why he was inclusive of that mythology in Star Wars so I’m pleased to be a part of that.” [via Collider]

Season two of The Mandalorian is currently scheduled to premiere later this year.