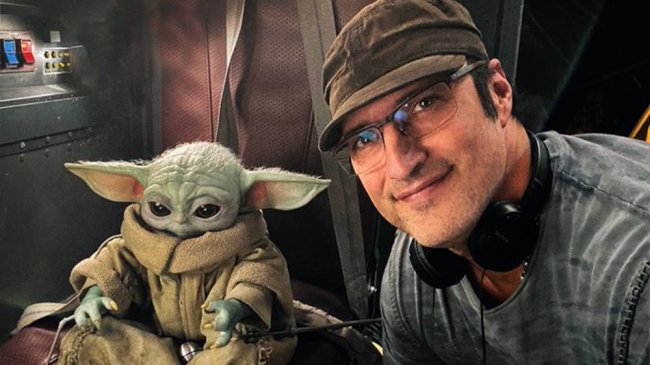 After the first couple of episodes left me feeling slightly worried about the direction of The Mandalorian in season two, the series has shifted into hyperdrive ever since and has arguably already soared past the heights of season one, particularly due to the two most recent episodes. And with that, I now present you with the obligatory SPOILER WARNING.

In last week’s Robert Rodriguez helmed episode, “Chapter 14: The Tragedy”, not only did Moff Gideon finally get his hands on Baby Yoda following what amounted to an episode-long action sequence but beloved Star Wars bounty hunter Boba Fett made his triumphant return to both the franchise and his Mandalorian, as he suited up for the first time since Return of the Jedi to help Mando fight off wave after wave of Stormtroopers. For both longtime Star Wars heads and newfound fans of the franchise, it was a thrilling episode that perfectly positioned the end of the season, and that was largely due to Rodriguez’s veteran ability in the art of action direction.

In a recent interview with Collider, Rodriguez — director of projects such as From Dusk Till Dawn, Spy Kids, Sin City, and more — shared what it was like for him to realize what’s been a dream of his since he was 12-years-old.

“It was my 12-year-old dream,” Rodriguez said. “When I was 12 was when Empire Strikes Back came out and I was a huge Boba Fett fan. You know, they would tease him out before the movie came out. You already knew he was going to be a character to watch. The marketing was really great, like, ‘This character Boba Fett,’ and so when you saw the movie, you couldn’t wait to see him. He captured your imagination before the movie even came out; it’s all we were talking about at school. I still remember that, how mysterious that character was. You got a little taste of him but you were waiting to see more.”

“When I saw the script (on sent me the script) and it said ‘Boba Fett’ and ‘Darksaber’ and ‘Mando’ and ‘Fennec,’ I was just like, ‘This doesn’t even feel like a real script. It feels like a fan wrote this in a fever dream hoping that this would be an episode.’ And yes, this was the script. It had all the good stuff in it. It was like a ‘Greatest Hits’ of all the good stuff; I couldn’t believe it. To go play in Star Wars with all the toys and to get to play with Boba Fett as one of your main [characters] — I just thought, ‘I gotta go in there and just have him be… I don’t know if he’s going to show up in any more episodes or what, so I just gotta make him super badass in this moment [and] be that character that I imagined him being when I heard about him when I was 12. That was my mission, just to go satisfy that 12-year-old fascination with the character.” [via Collider]

We’re recapping and reviewing every new episode of The Mandalorian over on the Post-Credit Podcast, so make sure to subscribe and check that out for all things Mando and blockbuster pop culture.