‘The Mandalorian’ Ep. 2 Review: So, Wait, Is THAT Character Going To Appear In ‘The Rise of Skywalker’ 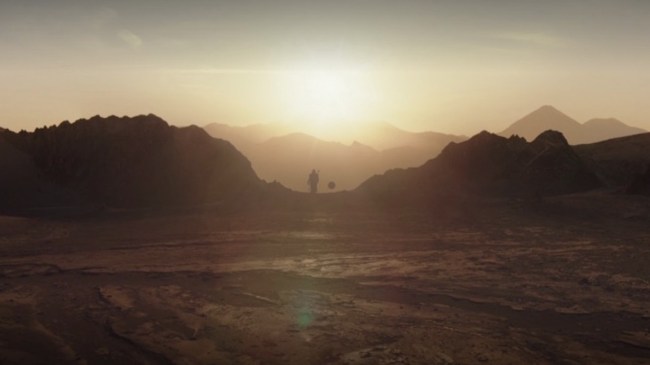 The second episode of The Mandalorian dropped today and boy do I have some thoughts, so let’s skip all the pleasantries and get right to it.

Alright, so, The Mandalorian is dropping narrative bombs on Disney+ — otherwise known as twists — at a very high rate right now. An unsustainable rate. In episode one, they revealed that the target The Mandalorian had been hired to kill was actually a 50-year-old Baby Yoda. Luckily, The Mandalorian opts against infantile homicide.

Then, in episode two, as The Mandalorian — who we now know is named Dyn Jarren thanks to Pedro Pascal — is getting his ass handed to him by a cosmic rhinoceros, the previously aforementioned Mini Yoda unleashes the Force on the wild horned creature, stopping it dead in its track. It’s an awesome moment in a series that’s been a thrill thus far, even for an *extremely casual* (like, I know the bare minimum about the franchise and have seen each movie over/under 1.5 times in my life) Star Wars fan like myself.

But, as soon as it happened, my immediate thought was: wait a minute, wasn’t literally the last fucking Star Wars movie called The Last Jedi? That movie takes place roughly thirty years after the events of The Mandalorian, which means — unless Disney kills a baby, which is very unlikely — Baby Yoda has been bopping around the universe for decades. You mean to tell me that the powers that be for both the Resistance and the First Order haven’t gotten wind of it? The First Order was sure as hell interested in finding Luke Skywalker, you’d imagine they’d also be keen on a Baby Yoda.

Get Disney+, ESPN+, and Hulu for just $12.99 a month. That’s three streaming services for an incredible price.

Anyway, maybe that’s the point of The Mandalorian — Dyn Jarren fights for Baby Yoda’s secrecy and freedom. Either way, the route Disney has decided to go down is an exciting one, as the existence of a Baby Yoda undoubtedly has galaxy-wide implications, which is something they promised the series would have.

You simply cannot make all this fuss about Luke and Rey being the last of the Jedi without explaining why the hell no one is looking for the adorable miniature version of the legendary Jedi Knight Yoda that was seen cruising the galaxy with a warrior as supposedly legendary as The Mandalorian.

My guess is they’ll eventually answer where Baby Yoda is in the main Star Wars timeline, but when it comes to which project they ultimately do it in, and when they do it, your guess is as good as mine. (For what it’s worth, the first season of The Mandalorian wraps up a week after The Rise of Skywalker is released).

With a goal of making the Star Wars universe as fluid as the Marvel Cinematic Universe, the potential future interconnectivity between the franchise’s film and television properties only increases as The Mandalorian continues to lean into the Jedi mythos. And so far, that’s exactly what they’ve been doing, and the results have been spellbinding.

You can catch The Mandalorian, and tons of other Star Wars bangers, on Disney+ now.

Get Disney+, ESPN+, and Hulu for just $12.99 a month. That’s three streaming services for an incredible price.