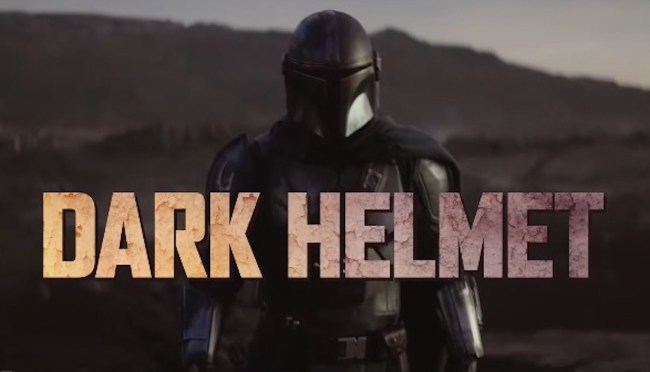 Even in an alternate universe, in a world where 2020 wasn’t a brutally barren year for popular entertainment, The Mandalorian would still be one of my most anticipated projects of the year.

My childhood occurred at the same time as the righteously awful prequels — Episode I was released when I was six — leaving me uninterested in the galaxy-trotting saga that was so widely beloved by the previous generation. It wasn’t until Rogue One came around that I truly and finally understood the borderline mythical appeal of the franchise. Obviously, the sequel trilogy did everything in its power to kill that newfound appreciation, but my enthusiasm was once again reignited by The Mandalorian.

Still, even as a massive fan of the Disney+ series, I’m well aware it’s not without its flaws — flaws that are expertly spotted in ScreenJunkies‘ Honest Trailer for the series.

Still, despite ScreenJunkies traditionally hilarious takedown of the first-ever live-action Star Wars saga, my hype for Friday’s season premiere remains high. As I alluded to at the beginning of the article, this has been a tough year for (essentially) everyone, the entertainment industry included. Outside of Warner Bros’ wild decision to push Tenet into theaters back in late August, a big-budget movie hasn’t been released since, like, Birds of Prey back in February, which is objectively brutal.

So, when something within the Star Wars universe rolls back around — especially something that’s generally well-liked, which is certainly not the case when it comes to the recent history of the franchise — it’s worth getting excited about.

In anticipation for season two of The Mandalorian, the Post-Credit Podcast has been covering Star Wars all month, with both recaps of season one and deep-dives into the Skywalker Saga. We’ll also be recapping The Mandalorian season two every Friday when a new episode drops, so make sure to subscribe and check that out.