Disney Reportedly Has Big Plans For Din Djarin Beyond ‘The Mandalorian’ 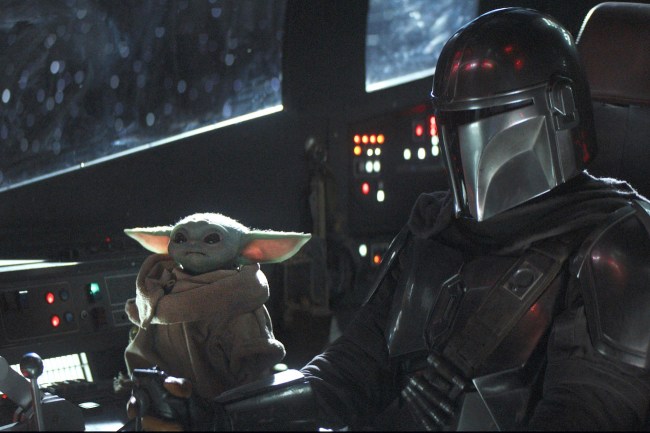 Ever since it was announced that Marvel Studios’ head Kevin Feige would be taking an active role in the Star Wars franchise going forward, it’s been widely understood that the galaxy far, far away will adapt a Marvel Cinematic Universe-esque approach going forward.

With plans to expand the Star Wars universe across both film and television, it should come as no surprise that Disney — hoping to recreate the fluid success of the MCU — reportedly has big plans for Din Djarin, a.k.a. the Mandalorian, outside of his solo TV series.

Lucasfilm wants Din Djarin AKA the Mandalorian in the movies, with potentially multiple appearances on the big screen ahead of him. In particular, we’re being told that it’s very possible Pascal could reprise his role in Kevin Feige’s upcoming Star Wars flick. [via We Got This Covered]

As we learn in the season one finale of The Mandalorian, Din Djarin — aka Mando — has been appointed as Baby Yoda’s de-facto father and tasked with raising him and/or returning him to his native people.

With that narrative working as the framework for coming seasons, it’s likely that the Mandalorian finds himself encountering all sorts of iconic characters in the Star Wars universe, as the mystery of Baby Yoda’s origin will likely be a galaxy-wide quest. In fact, industry insiders have already told Deadline that “several established characters from the Skywalker saga’s feature films mythology will make appearances during the show’s sophomore season.”

Plus, when considering that it’s also been rumored Baby Yoda will appear as a “Kid Yoda” in the next film franchise, it’s very likely that these two may even come as a pair.

Regardless of how Mando and Baby Yodes are utilized going forward, Disney clearly knows they have two home runs on their hands and will look to maximize their potential.