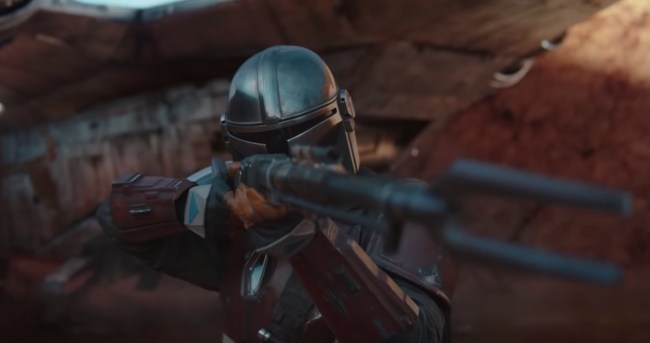 Despite the massive upheaval that the world has undergone in recent months, as the saying goes, the show must go on, and that appears to be the case with The Mandalorian, which is still currently on track to premiere on Disney+ in October.

Favreau, an executive producer on The Mandalorian, was able to give some insight to those concerns during a jam-packed virtual panel at the ATX Television Festival (via The Hollywood Reporter). In response to where in the production timeline the show was, Favreau offered up: “We were lucky enough to have finished photography before the lock down. Thanks to how technology-forward Lucasfilm and ILM are, we have been able to do all of our visual effects and editing and postproduction remotely through systems that had been set up by those companies for us.” [via Collider]

And there you have it. Luckily, The Mandalorian is one of the few Hollywood productions not to be delayed by our current global situation, as filming of season two concluded at the beginning of March. At this time, season two of The Mandalorian remains on schedule to premiere on Disney+ in October.

Season two of the hit Disney+ series is set to be even bigger and better than the first, as it’s been confirmed that Temuera Morrison will be returning to play Boba Fett and that Rosario Dawson will be joining the cast as The Clone Wars fan-favorite Jedi Ahsoka Tano. Additionally, Timothy Olyphant is set to appear as Cobb Vanth.

RELATED: Here’s Who Timothy Olyphant Will Be Playing In ‘The Mandalorian’