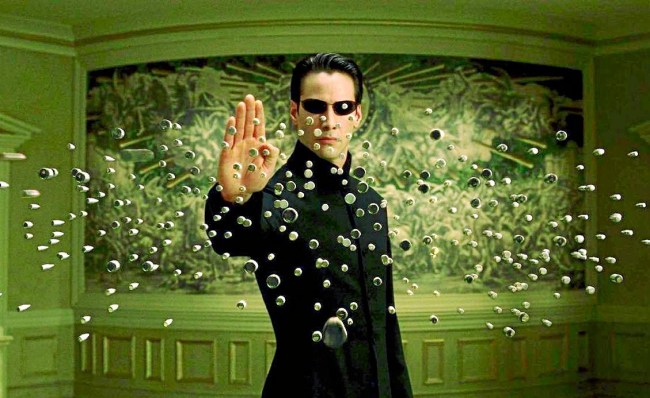 There are few things in Hollywood that I enjoy more than the career resurrection of Keanu Reeves.

Depending on how old you are, Keanu Reeves can mean a couple of different things to you. To me, he’s Neo from The Matrix. To my Dad, he’s the fresh-faced stoner in Bill & Ted’s Excellent Adventure. To my slightly older co-workers, he’s the guy who got to slam prime Sandra Bullock in Speed. To kids born after the turn of the millennium, he’s John fucking Wick. Killed a dude with a pencil, that whole thing.

But as much as we all love Keanu — and seriously, if you don’t, you can just leave, goodbye — let’s not forget it hasn’t always been smooth sailing for everyone favorite philosophical action hero, as there was a period post-Matrix and pre-John Wick where he was kind of just wandering through the entertainment wilderness. 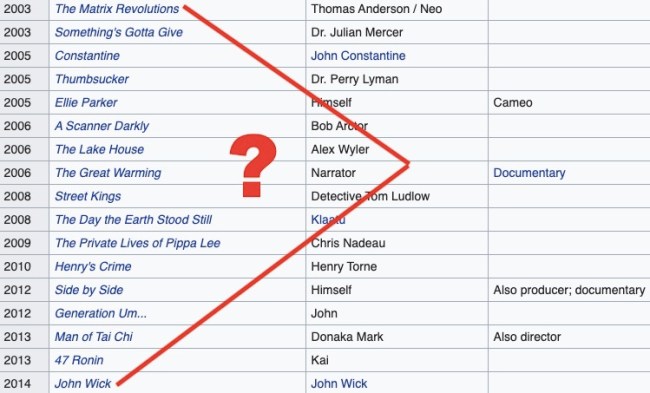 Then, in 2014, Reeves starred in a mid-budget original action flick directed by his stunt double and the rest is history. Reeves is all the way back, stealing scenes in Netflix romantic comedies and cracking skulls in arguably Hollywood’s best action franchise and dropping eternal truth bombs about the nature of life and death on late-night television. Comeback city, as the kids say.

And now that Reeves is a bankable star again, the Hollywood powers that be are eagerly trying to capitalize as there’s not only a third Bill & Ted movie in the works, but a fourth The Matrix film in production, as its currently filming in San Fransisco.

The still-untitled fourth film in The Matrix franchise, which will be directed by Lana Wachowski and will see Carrie-Anne Moss return alongside Reeves, is scheduled to be released in theaters in the United States on Friday, May 21, 2021.