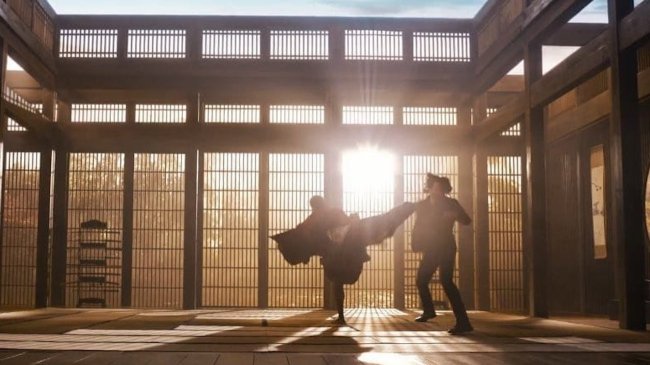 The first looks at The Matrix: Resurrections have begun to hit the internet ahead of the official trailer release on Thursday, September 9, but not in the way you might think.

The website responsible for the teasers — whatisthematrix.com — is reportedly capable of creating over 180,000 unique videos, which means the variety of first-looks hitting the internet are genuinely mind-blowing. The Matrix was a pioneer when it came to viral marketing in the late 90s and the early 2000s and the franchise is clearly harkening back to those roots.

Example of one of the many unique #TheMatrixResurrections teasers 👀pic.twitter.com/lU8ksK0Tt3

Our bodies are ready for the trailer, which debuts this coming Thursday. #TheMatrixResurrections pic.twitter.com/7K2lK4SKMO

The release of the first trailer for The Matrix: Resurrections come just a few weeks after it was privately unveiled at CinemaCon to rave reviews. Given the record-breaking success of Shang-Chi and the Legend of the Ten Rings over Labor Day weekend, hopefully, this means that all of the highly-anticipated films slated to release this fall and winter — from Dune to Spider-Man: No Way Home to The Matrix: Resurrections — will remain in their current release dates.

As far as I’m concerned, The Matrix: Resurrections is my most highly-anticipated movie of the rest of the year, ahead of the likes of Dune and Spider-Man: No Way Home. In fact, the only upcoming film I’m more excited about is The Batman, which is really sayin’ something if you know me or my writing.

#TheMatrix remains one of the best and most unique blockbusters of my lifetime, while I find the sequel to be wildly underrated.

If #TheMatrixResurrections sticks the landing and pushes boundaries like the original did, it reshapes the conversation around the franchise’s legacy. pic.twitter.com/vS3aytO1Nf