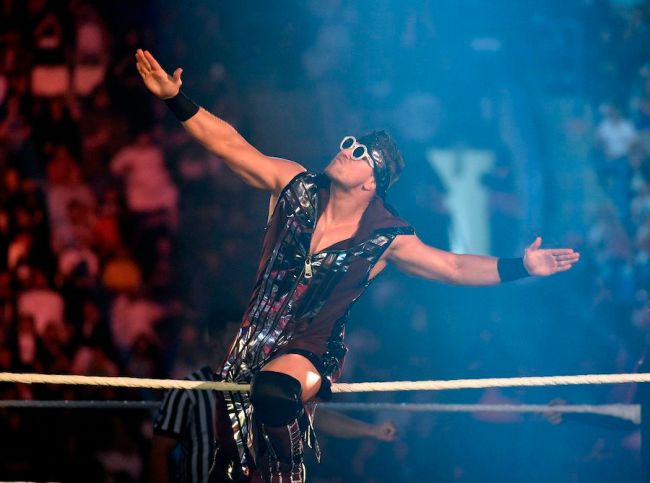 Every performer – no matter the experience level – has a moment (or several) in their career where they totally crap the bed.

Thankfully, most people don’t screw up in front of a live and national television audience of millions of people.

On the first episode of “Uncool” with Alexa Bliss, fellow WWE star Mike “The Miz” Mizanin recalled a moment back in 2006 when he absolutely blanked on live TV and in front of a massive audience.

The moment happened during the 2006 WWE Diva Search contest. The Miz was hosting the segment on WWE “Raw” and had to remember just one important piece of information.

“I forgot the phone number at the Diva Search, and I was the host of the show.

I literally forgot everything.

When you’re a host and you don’t have cue cards, you don’t have a teleprompter, you’re just out there and if you forget the phone number that everyone has to call to vote in on.

Guess what? That’s not a good thing.

And it’s not like it was on a board or anything like that I can actually read off of.

The Miz explained the sensation that overcame him at that moment and it sounds exactly as excruciating as one would imagine.

Everything just went white and I was like, ‘Oh my God,’ and thank God that the producers played someone’s music because I was like ‘I’m gone, I have nowhere else to go.

I couldn’t do anything, and it was the most embarrassing thing and I’ll never forget it.”

The Miz’s nightmare wasn’t over. He still had to go backstage and face the boys, the producers, and worst of all, Vince McMahon.

Yup, that brief interaction is enough to make a person never forget their lines ever again.

About ten years later, The Miz would be a part of a real cringe-worthy moment that he had nothing to do with.

Check out the entire episode of “Uncool” here.

***
Shaul Guerrero Discusses Being Part Of A Legendary Wrestling Family