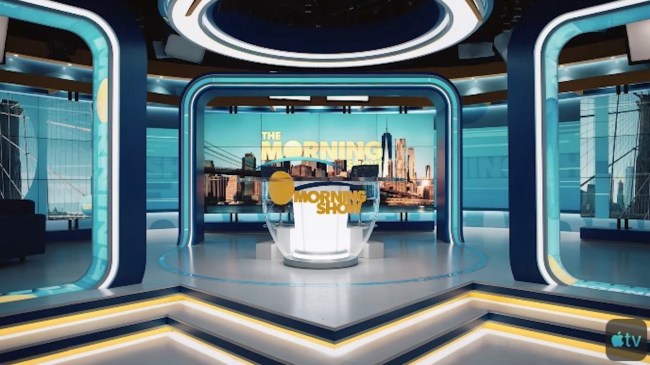 Set to premiere this fall, The Morning Show has been officially described as “an inside look at the lives of the people who help America wake up in the morning, exploring the unique challenges faced by the women and men who carry out this daily televised ritual.

Of all the programs set to premiere on Apple TV+, The Morning Show is the most prestigious and anticipated of them all and is a clear attempt by Apple to immediately break into the award season conversation.

The Morning Show isn’t the only piece of original programming scheduled to air this fall, as Apple TV+ is set to premiere a handful of shows this fall, including For All Mankind, Mythic Quest, Truth Be Told, and Peanuts In Space.

The Morning Show will premiere exclusively on Apple TV+ this fall. At this time, a specific release date has yet to be announced.