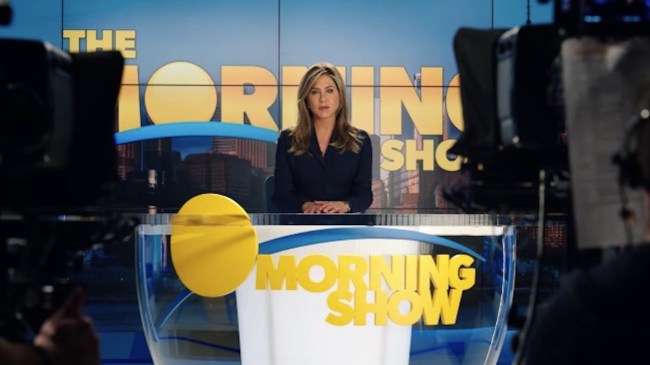 Set to premiere sometime this fall, The Morning Show — which stars Steve Carell, Jennifer Aniston, and Reese Witherspoon — has been officially described as “an inside look at the lives of the people who help America wake up in the morning, exploring the unique challenges faced by the women and men who carry out this daily televised ritual.”

In addition to the murder’s row of Carell, Aniston, and Witherspoon, The Morning Show is also set to star Billy Crudup, Gugu Mbatha-Raw, Néstor Carbonell, Mark Duplass, Bel Powley, Karen Pittman, and Desean Terry. Mimi Leder, who is known for her work on acclaimed shows such as The Leftovers, The West Wing, and Shameless, is serving as a director on the series.

While The Morning Show is set to premiere exclusively on Apple TV+ this fall, a specific release date has yet to be announced at this time.

The Morning Show is just one of many series set to premiere on Apple TV+  this fall, as shows such as For All Mankind, Mythic Quest, Truth Be Told, and Peanuts In Space are all set to air when the new streaming service is launched in the coming months.

However, of all the original series set to premiere on Apple TV+ this upcoming fall, The Morning Show is best positioned to help Apple break into the award season conversation.