‘The Office’ Almost Turned Michael Scott Into A Murderer 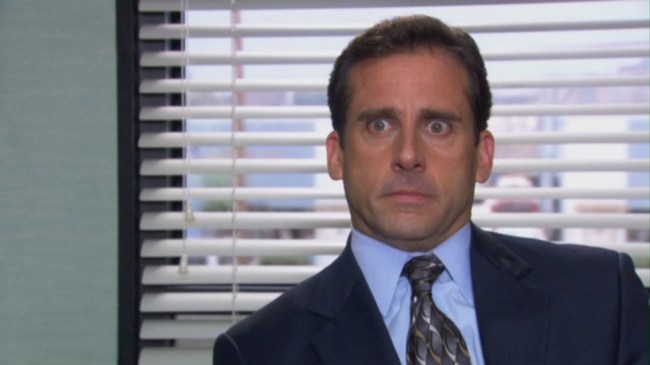 For my money, one of the funniest running jokes on The Office is the not-so-subtle intimation that Toby Flenderson, the human resources representative at Dunder Mifflin, is actually the notorious serial killer known as the Scranton Strangler.

While it was never outright confirmed nor denied whether or not Toby was the actual Scranton Strangler, the winks and nods over the course of The Office‘s nine seasons made it all but apparent that Toby had a secret life of a serial killer.

According to showrunner Greg Daniels, Toby wasn’t the only one character who they considered giving a murderous past to, as there was a brief moment where the series’ writers considered making Michael Scott himself a killer.

Daniels, the show’s creator, showrunner, and an alum of the Saturday Night Live writing room, spoke with The Guardian about The Office. The interview also featured producer Mike Schur, alongside stars Mindy Kaling (Kelly Kapoor) and B.J. Novak (Ryan Howard), who also all wrote for the hit comedy series. Daniels revealed one dark plot point that bounced around the writers’ room before he stepped in and reigned things in:

There were times where [the writers] would become enamored with a joke, and I’d have to put my foot down. For instance, they really wanted Michael to kill Meredith with his car. That was an early pitch, where he runs her over in the parking lot and then comes back, gets a tire iron and finishes the job. I was like “You can’t do that, that’s crazy!” [via ScreenRant]

Obviously, it was ultimately a wise decision, as the joy of the Michael Scott character comes from his loveable-buffoon-like existence — having him murder someone in cold blood would throw that all away.