Marvel Does Away With Iconic Skull, Unveils New Logo For ‘The Punisher’, And Fans Have Thoughts 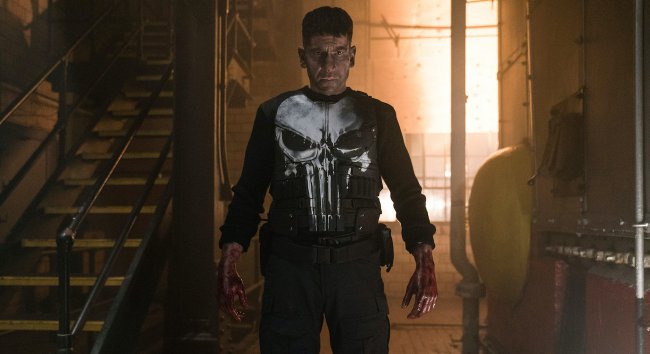 After the iconic skull symbol found itself at the center of some controversy in recent years, Marvel Comics has unveiled the new symbol that will be sported by The Punisher, a.k.a Frank Castle, going forward.

The new logo will feature in the upcoming 13-issue “prestige limited series” Punisher, which will be written by Avengers scribe Jason Aaron and drawn by Jesús Saiz and Paul Azaceta, according to Marvel. The series is set to debut in March of 2022.

Marvel has unveiled the new logo for The Punisher 💀

Following the release of the first-look image, fans of the iconic Marvel vigilante took to Twitter to share their thoughts about Castle’s new look.

I think we all kinda saw it coming that Marvel would have to rebrand The Punisher in some way because awful people IRL like to take him out of context and use him as a self insert hero figure.

Looks like we are finally getting a revamped/redesigned Punisher series by JASON AARON! You love to see it. pic.twitter.com/BthjK1w6gG

Bro what the fuck is this new punisher symbol LMAO pic.twitter.com/cPKc0Shp5w

wow. lot to discuss with the new punisher logo pic.twitter.com/UlPm9NN4z4

"ok so we have the punisher in charge of an asian ninja cult, how do we rework the symbol?"

Listen if Marvel REALLY wants to distance themselves from the Punisher symbol or at least change the meaning of the symbol, bring back Outlaw, too. He was the "Punisher of Britain" but now he brings dead "criminals" back to life. pic.twitter.com/7yxphC6rt9

Woo boy the new punisher symbol is garbage. How do you go from an icon intimidating symbol to a goofy spoof version? 👏🏻 pic.twitter.com/JUrjJcSUw8

My thing about the Punisher symbol changing is that it's still the same symbol but now it looks bad lol I'd rather they just scrap it all together or double down on the symbol and make his stories more about killing Nazis and white supremacists.

WTF is that thing on the Punisher's chest? The skull of a demon with a handlebar mustache? https://t.co/bubk4BNs2Z pic.twitter.com/LlX3YKkHVG

Who thinks this new #Punisher logo has less to do with the "definitive culmination" of Frank Castle's "journey" in the Marvel Universe, and more to do with t-shirt sales and trademark enforcement? pic.twitter.com/vpUZK8pZlV

With the Marvel Cinematic Universe now looping Charlie Cox’s Daredevil and Vincent D’Onofrio’s Kingpin into the fray — hopefully, they cross paths again, too — calls for the return of Jon Bernthal’s widely popular Frank Castle will surely follow. Bernthal featured as Punisher in the second season of Netflix’s Daredevil and in a singular season of his own feature series.

Of all of the characters that debuted in the collaboration between Marvel Studios and Netflix a few years ago, to the delight of fans, two of the three worth salvaging have been officially resurrected, so there’s no reason to believe the MCU won’t do something similar when it comes to Bernthal’s Punisher. Fingers crossed.