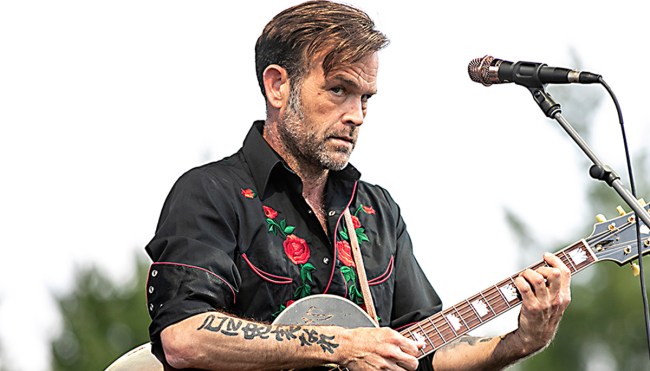 How’s this for the story about the rock-and-roll lifestyle?

The son of country music royalty; check. Shipped off to live with his ultra-religious aunt and uncle who ultimately outcasted him after he came out of the closet in his teens; check. Did drugs for the first time with this father; check. Established himself as a viable country artist with a strong debut record; check. Disappeared like Eddie from “Eddie & the Cruisers” for the better part of 15 years – lost in a confusing, depressing haze of drugs and meaningless one-night stands.

Played Jerry Lee Lewis in the Johnny Cash biopic “Walk the Line;” check. Quietly wrote songs for Miranda Lambert, Charlie Robison, Lee Ann Womack, Aaron Lewis and Ashley Monroe among others; check. Exploded back on the scene with a remarkable sophomore effort, taking the music world by storm; check. Is now on the road, tearing it up with Elizabeth Cook; check.

But this is not some contrived movie script. In fact, it’s the real-life story of singer-songwriter Waylon Payne, named for his godfather, Waylon Jennings, and the son of Willie Nelson’s sideman Jody Payne and Grammy award-winning country singer Sammi Smith.

The Load Out spent more than a year chasing an interview with Payne and his people finally relented to our delight. And the conversation – where Payne addresses each issue head-on – did not disappoint.

He candidly discusses the ups and downs of his star-crossed life and speaks to the resilience he demonstrated in climbing his way out of a drug-filled hole to find peace and success in the music spectrum his parents once owned.

So dig in and enjoy a great episode of The Load Out music podcast and meet singer-songwriter Waylon Payne.