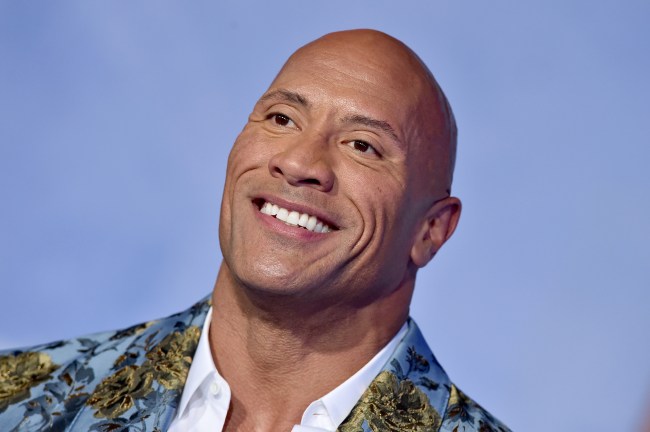 Dwyane “The Rock’ cheat day meals are the stuff of legends and the superstar wrestler turned actor gave everyone a glimpse of what one of these meals look like up close and personal.

On Sunday, The Rock hosted an AMA on Instagram Live while he at a cheat day meal of “brioche french toast smothered with peanut butter and syrup” while drinking some tequila.

Everyone was awed by the size of the French toast which was pretty fucking huge.

120,000 people are currently watching The Rock make French Toast on Instagram. I am one of them.

“Taylor’s my buddy, she’s great (…) I was able to voice ‘The Man’ for her, it was really cool.” pic.twitter.com/uvB5BzPfUz

Right now on Instagram, @therock is eating his cheat meal which consists of two pieces of brioche french toast that are the sizes of bricks. pic.twitter.com/vbcGS48snN

Almost sent him a request to join his live but chickened out lol one day man I’ll get to chat woth him idk how or when but I’m gunna make it happen pic.twitter.com/5CNSXB3lws

How does one acquire bread this thicc? pic.twitter.com/yvdJ1hAsGf

Did the Rock just take a whole loaf of bread, cut it in half, and make french toast? https://t.co/tON9GTh5rS

The Rock eats a french loaf instead of french toast https://t.co/Bsi1qMqndp