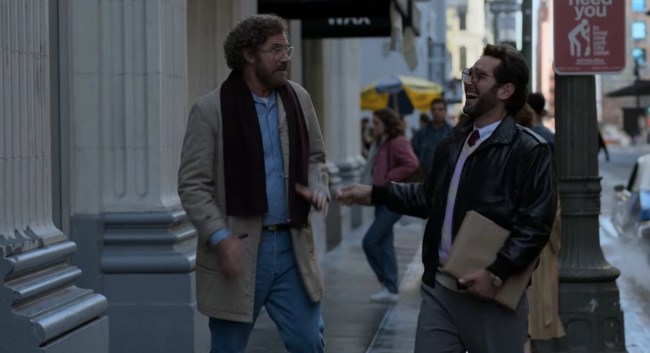 It’s difficult to think of an actor that’s had a better decade or so than Paul Rudd. Sure, he hasn’t taken home any Academy Awards, but in terms of sheer breadth and quality of work, Rudd’s recent filmography is tough to match, as he’s essentially been able to bounce back and forth between the three major genres an actor can tackle: drama, comedy, and action.

Rudd, obviously, headlines the Ant-Man franchise and as a result of that, has gotten to appear in record-breaking and generally historic blockbusters such as Captain America: Civil War and Avengers: Endgame. He’s become a meme and is widely beloved for his obvious genuineness and seemingly agelessness. He’ll pop up in raunchy comedies likes Sausage Party and he’ll headline Netflix dramedies like Living With Yourself. He’ll relaunch iconic franchises such as Ghostbusters: Afterlife and he’ll star in prestige AppleTV+ series like The Shrink Next Door, which also happens to star none other than the equally — if not more so — revered Will Ferrell.

Here’s the official synopsis for The Shrink Next Door, via AppleTV+:

Inspired by the true story of Marty and the therapist who turned his life around…then took it over. When he first meets Dr. Ike, Marty just wants to get better at boundaries. Over 30 years, he’ll learn all about them—and what happens when they get crossed.

That’s an intentionally vague description of the series, so I’ll provide a little context: based on a true story that was turned into a popular podcast, The Shrink Next Door tells the story of Dr. Isaac “Ike” Herschkopf, a manipulative psychiatrist who infiltrated and took over the life of his longtime patient Martin “Marty” Markowitz, even moving into Markowitz’s home and taking over his family business.

In addition to the starring duo of Will Ferrell and Paul Rudd, The Shrink Next Door also stars the excellent Kathryn Hahn, Casey Wilson, and Sarayu Blue.