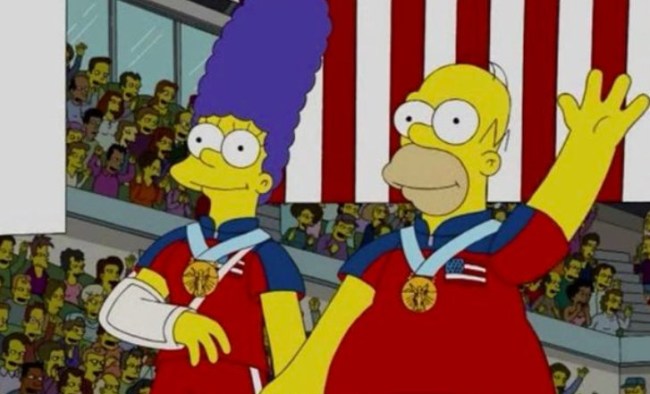 The Simpsons are coming to an end, and it could be very soon according to the hit TV show’s music composer.

“From what I’ve heard, it is coming to an end…I don’t know for a fact, but I’ve heard that it will be in its last year,” Elfman told the website Joe.ie.

According to Elfman, The Simpsons will end in two years and you will only have one more full season of Homer, Marge, Bart, Lisa, and Maggie. The Simpsons is currently in its 31st season. Fox renewed the show in February for a record-setting 32nd season that will air between 2020-21.

Fox has not denied or confirmed the rumors.

2007’s The Simpsons Movie made $527 million at the worldwide box office and was the eighth highest-grossing movie of 2007 globally.

Repeat after me: I'm SO GRATEFUL for my family… 😬 #HappyThanksgiving #TheSimpsons pic.twitter.com/Nw5dADXNBS

“All I can say is that I’m so flabbergasted and amazed that it has lasted as long as it did,” Elfman said. “So, you have to realize, when I scored The Simpsons, I wrote this crazy piece of music, and I expected no-one would hear it because I really did not think the show had a chance in hell.”

“Really, I expected it would run for three episodes and get canceled, and that would be that because it was so weird at the time, and I just didn’t think it had a chance,” the 66-year-old music composer added. “So believe me, that is one of the truly big surprises in my life.”

Besides The Simpsons, Elfman has contributed to The Nightmare Before Christmas, Avengers: Age of Ultron, Sleepy Hollow and Edward Scissorhands.