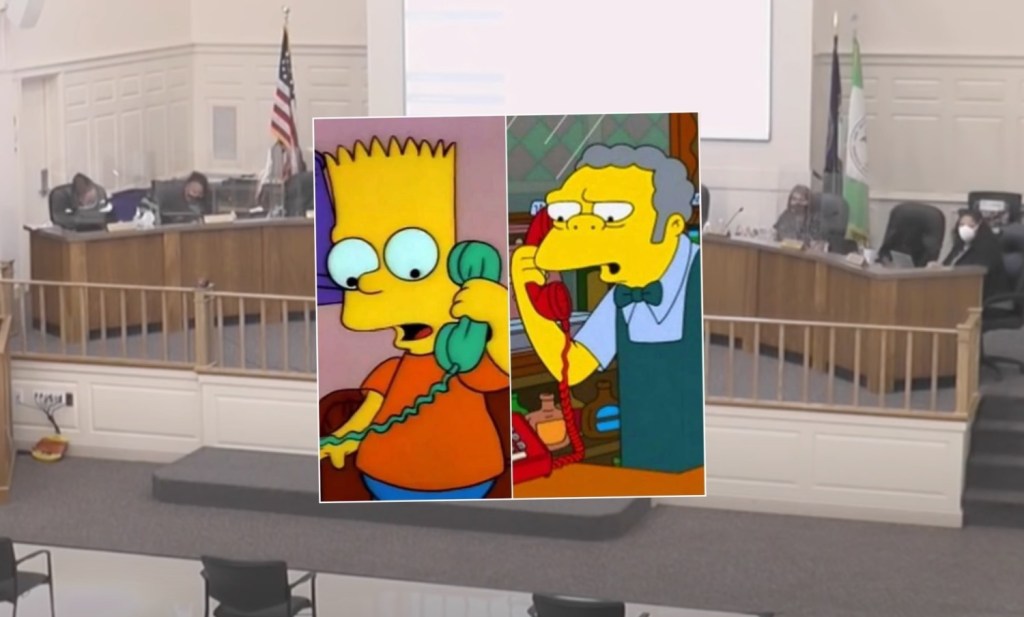 This feels like a record year for outrageous clips of school boards and local government meetings going off the rails. There’s at least one a week that goes viral if not one every day.

More often than not, these clips involve someone losing their mind in front of the panel and exposing themselves as a complete quack but this clip is different. This was taken from a page of Bart Simpson’s playbook.

One of the longest-running gags on The Simpsons is Bart Simpson dialing into Moe’s Tavern and giving Moe some sort of prank name that when said out loud or repeated it reveals the true prank. ‘Phil McCracken’ is the one that comes to mind first which when said aloud sounds like ‘Phil My Crack In’. Here’s the clip via Twitter and YouTube so you can choose your preferred medium to watch:

Some kids pranked a school board meeting on some Bart Simpson shit and I am crying!! 😭😭😭😭 pic.twitter.com/c9fX3GbejA

This all went down in Henrico County, Virginia in a meeting last week where the public was invited to comment on protocols about the return to school, transportation, Labor Day vacations, and more.

Only one living and breathing person showed up to speak to the school board according to the Henrico Citizen because all of the other slots were taken by fictitious people named Don Kedick, Phil McCracken, Suck Mahdick, Ophelia McCaulk, Eileen Dover, and Wayne Kerr.

Bart Simpson would be proud. And I guess the silver lining here is this prank possibly prevented some certifiably insane people from getting on the microphone stand.