‘The Simpsons’ Latest Future-Predicting Witchcraft Begs The Question: What The F*ck Is Really Good??? 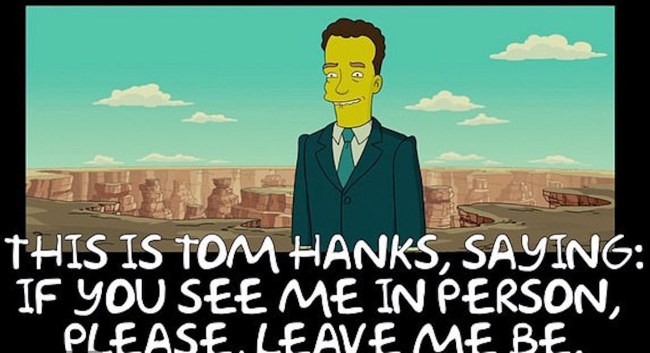 For a while now, The Simpsons’ uncanny ability to predict the future has been a cherry on top of the sundae that is the internet. A little treat, if you would: something that we could all enjoy for a couple of seconds — as if we were petting a puppy on the street — before moving on with our lives.

But if we were robots achieving consciousness and The Simpsons were our oppressors, at what point do we draw the line, rise up, and say “enough is enough!” How many years of a little-too-close-for-comfort on-the-nose predictory mockery do we have to bitterly swallow until we begin to question the means to their end?

If this were the late 1600s, the writers and creators of The Simpsons would be held to the Northeastern flames and be accused of practicing witchcraft by now. And what do ya know? Now they’re owned by fucking DISNEY. If The Simpsons are the Karate Kid of shady and potentially otherworldly content creation, the Mouse House is the Mr. Miyagi of this bitch. Bad bad bad bad bad.

The latest example of their premonitory punchlines — which features the currently coronavirus-infected Tom Hanks saying “if you see me in person, please leave me be!” — is from The Simpsons movie, which was not only released a casual 13 fucking years ago but features a central plot of Springfield being — you guessed it! — quarantined.

The Simpsons predicted Tom Hanks’ Coronavirus infection back in 2007 pic.twitter.com/q55CLGvhDy

I don’t know about y’all but if Morpheus shows up at my doorstep promising the answers to our reality as we know it, I’m taking… the ignorance-accepting blue pill! Fuuuckkk that shit. These first few months of 2020 have been wayyy to stressful, and as the old saying goes, ignorance is bliss.

Unless, of course, you watch The Simpsons, thus rendering ignorance unachievable because they’ve been apparently telling you the truth all along. Wait, have I just convinced myself that The Simpsons are freedom fighters instead of omnipresent time-hopping overlords? Maybe I have taken the red pill. Fuckin’ hell.

The Simpsons predicted coronavirus in 1993, 27 years ago in their episode “Marge In Chains”. pic.twitter.com/F5vjezD04I

Get ready cause the simpsons ain’t lied yet #CoronaVirus pic.twitter.com/kGwxY8NakE