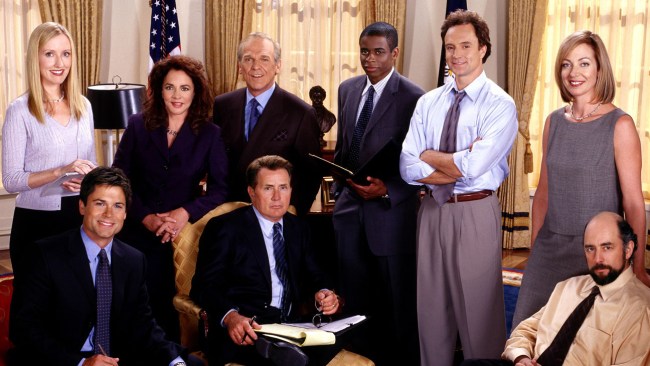 The fastest way to a better future is truth, so I’m going to level with you all right now. Please, I beg, do not judge me, but… I’ve never seen The West Wing. *ducks*. Before my time, man, I apologize — I was like seven-years-old when the first season came out, just not my steez at the time, as I’m sure you can understand. I do vaguely remember my parents tuning in on one of those old 90’s TVs with the fat asses, though. And when it comes to binging the show retroactively, given how political our reality is, that’s not necessarily the type of content I seek out when trying to take a break and detach from said reality. I tried it once, with House of Cards, and, well, we all know how that worked out.

Hence why I can’t really opine about the quality of the show in an article about it returning to our television screens. Don’t take that personally, I’m writing this article for you! Think about that, here I am, publicly admitting how woefully uneducated I am about something. That’d be a step forward for a lot of people. I’m not saying I should run for office, but I am saying I’ve also never inhaled marijuana. *winks*.

I am working with my cast mates from The West Wing for these purposes. Including a cast reunion and reading coming soon. Good for Brooklyn 99. I hope it makes a difference. https://t.co/acA0n5LenU