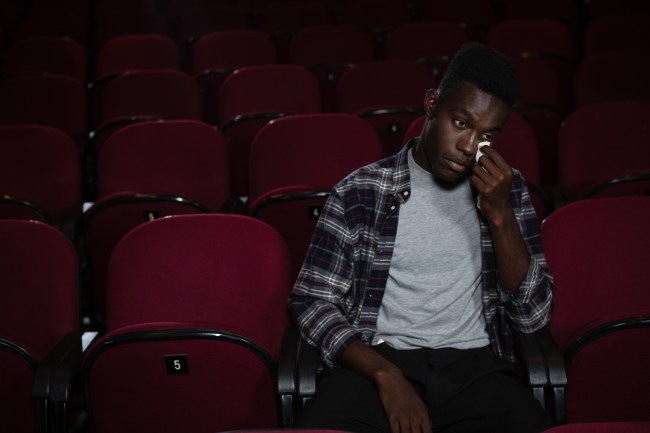 Imagine waiting months for the release of the first predominately black superhero movie. Maybe you call out of work to see the afternoon showing. You may or may not smoke a marijuana cigarette before showing up to the theater an hour early to cop good seats. You buy a slushie (cherry), a large popcorn, and some gummy bears for $57.38. The lights dim, the previews play, and then BAM! this shows up on your screen.

Aiight so this happened at Atlantic Station. They played 50 shades instead of black panther pic.twitter.com/5WhvX270Y5

For those who haven’t seen a Fifty Shades movie, let me quickly let you in on how much of a letdown this must have been. My girlfriend made me watch the Fifty Shades sequel, Fifty Shades Darker, in theaters (because I’m whipped) and it was so cheesy people were actually laughing during the sentimental parts. There was a part in the movie where the main dude gets in a helicopter crash and he’s presumed dead on the evening news and then he limps through the front door with nothing more than a scratch to express his love for the chick. AND THE HORRIFIC HELICOPTER CRASH IS HARDLY EVEN MENTIONED. It was maybe the most unintentionally hilarious scene in cinematic history.

Anyway, I feel for these peeps, even if the theater staff fixed the mistake after five minutes.

And just in case my location tag wasn’t descriptive enough. This was in Downtown Atlanta, GA. Regal almost had a riot on their hands

April Fool’s Day is coming up and if AMC had any stones they’d play Paul Blart Mall Cop: 2 instead of the new Tomb Raider movie coming out.