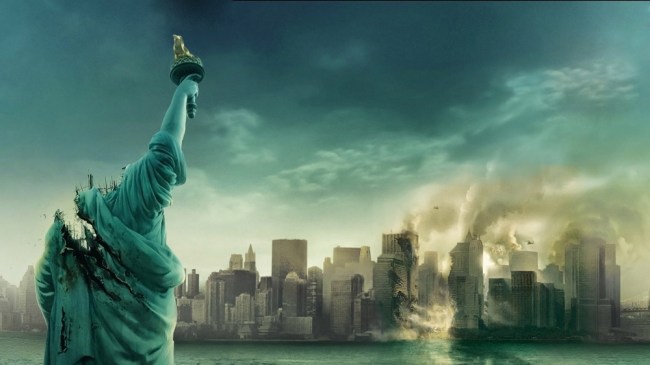 As was the case with the first two films including 2016’s 10 Cloverfield Lane, the third movie in the Cloverfield series is now revealing itself through cryptic teases and viral marketing. And once again it appears to be centered around the Tagruato.jp website for the fictional mining company that’s been used in the past to reveal clues to the previous films.

What is happening is an error message that says something about “browser incompatibility.”

However, as was certainly expected, someone on Reddit figured out that there is a secret message to be found if you turn the brightness and contrast way up and it reads…

Tokyo – January 18 2018 Tagruato has begun development on a revolutionary new energy technology In what Ceo Ganu Yoshida called a technological great leap foreward for our planet This renewable technology will take at least 4 year to complete with along with another six years International regulatory bodies to bring the powerful revolutionary energy source by april 18 2028.

There is also some kind of face in the background that ComingSoon speculates is possibly a similar creature to the iconic Clovey.

There is also a second URL hidden in the message — http://04182028.com/ — which is even more cryptic than the other website.

A Reddit user also discovered an FX lighting artist named Rui (Ray) Xu on Linkedin with Cloverfield Station listed among his credits, leading many to believe that will be the name of the third movie. It was originally believed to be titled God Particle in 2017, but the studio switched it back to Untitled Cloverfield Sequel earlier this month.

According to IMDb, this is the basic plot we can expect to see…

After a scientific experiment aboard the space station involving a particle accelerator has unexpected results, the astronauts find themselves isolated. Following their horrible discovery, the space station crew must fight for survival.