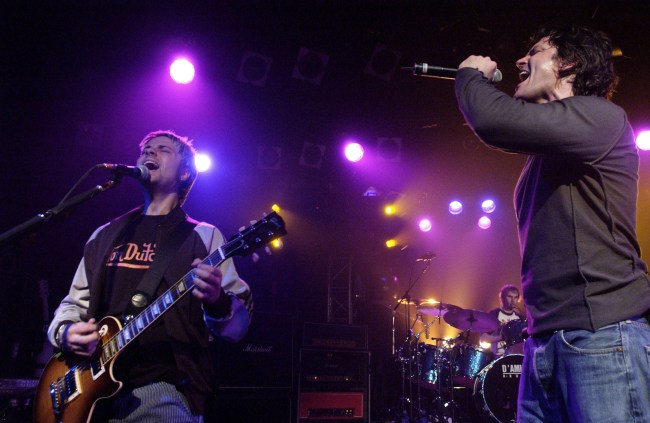 When I first heard rumors that the lead singer of the band I idolized growing up (ok, still do) was a complete egotistical asshole, I was elated. That’s exactly how lead singers of rock bands should be. And there is no shortage of stories out there that depict Third Eye Blind lead singer Stephan Jenkins as jerk–being rude and unapologetic to reporters or insulting and mocking his audience at a GOP concert in 2016. Despite all these nasty allegations, the dude still dated Charlize Theron. My man.

I’d permit Jenkins douchebaggery to media and even fans, but his own band is where I start to feel a little unsettled.

Kevin Cadogan, TEB’s ex-lead guitarist who left the band in 2000, is reportedly suing the band and its frontman for their failure to pay him profits on the band’s re-released debut album. According to TMZ, Cadogan also says he’s owed at least 25 percent of the profits for being a founding member of the band.

Kevin says he co-wrote and co-created the songs “Kiss Goodnight,” “Scattered,” “Heroin” and the band’s “Semi-Charmed Life.” All 4 are featured on the re-released debut, so he’s expecting to get paid for them.

Kevin also says that Stephan cut him out on royalties from the band’s other hit songs, and is suing for a court order establishing him as a copyright holder on the tracks in question as well as accounting on how much revenue the songs have earned.