Al Schnier and Vinnie Amico Of Moe. Share Stories From 30 Years On The Road 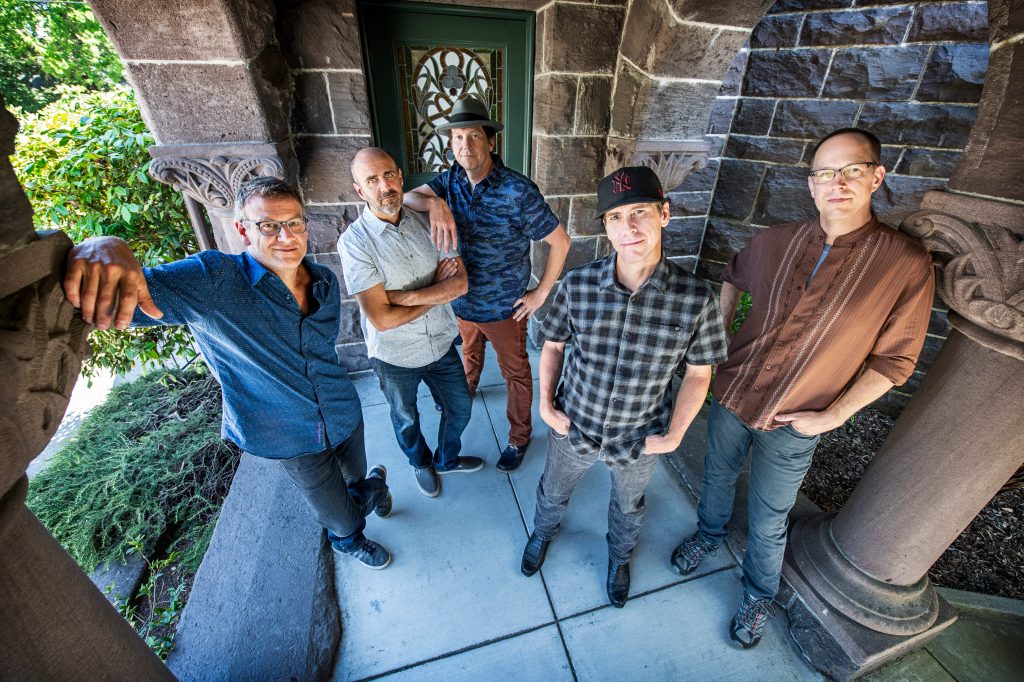 If you’re not a jam band aficionado, perhaps you have never heard of the band moe. But be certain — if you like the sounds of the Grateful Dead, Leftover Salmon or Govt. Mule — moe. is one of the great American jam bands, having been praised by the likes of American Songwriter for its “mind-bending musicality.”

A 30-minute talk with Al Schnier and Vinnie Amico of moe.

Formed three decades ago with a style that is a freewheeling genre fusion spanning funk and jazz, country and classic rock, prog, new wave, calypso, pop and unrestrained improvisation, I recently welcomed moe.’s founding guitarist and vocalist Al Schnier and longtime drummer Vinnie Amico to The Load Out Music Podcast.

The band recorded its foundational album some 30 years ago — Fatboy (part of a now hard-to-find cassette release series) — in an apartment studio above Buffalo’s Top Shelf Guitar. Today, moe. is mentioned along with Phish and Widespread Panic as an iconic jam pioneer, having appeared at Woodstock ’99, opened for The Allman Brothers, Robert Plant and The Who, performed at Radio City Music Hall and Bonnaroo Music Festival and more.

Spending 30 minutes with Schnier and Amico, it’s easy to understand the band’s longevity.

“I’ve often likened it to like bowling with your buddies,” said Schnier. “It’s one of those things that we always have done…Instead of bowling, we happen to pick up instruments and sit around and drink.”

Sharing stories about drinking, smoking weed and playing music as early as eighth grade, there’s a family spirit shared between its members that is reflected in its deeply engaged fanbase — the Famoe.ly. Together, they’ve been through many of life’s trials and tribulations, including bassist Rob Derhak’s battle with oropharyngeal cancer during which fans started a fundraising initiative to offset his medical bills (he’s been cancer free since 2018). More recently, moe. has rallied behind guitarist and vocalist Chuck Garvey after a stroke which has kept him off the road for the summer 2022 dates.

But moe. just trudges on — playing live show after live show and spending more time in the studio than one might expect with a catalog that includes 1998’s Tin Cans & Car Tires; 2004’s Wormwood; 2007’s The Conch (which reached #1 on Billboard’s “Heatseekers” chart); and 2012’s critically-acclaimed What Happened To The La Las. In 2020, the band released its 12th studio album, This Is Not, We Are and the Not Normal EP.  And that doesn’t even include a wide range of archival live releases, a Christmas album, a re-recorded collection of greatest hits, 10 live albums, and a live DVD.

Today, this impossible-to-pigeonhole band is celebrating a rich legacy with a full calendar of tour dates, spanning summer 2022 and beyond — loving what differentiates the tight-knit yet improvisational experience that is moe.

“Thirty years of doing it together, if you hang out with us enough, we always finish each other sentences,” Amico noted. “Night to night, our ears are wide open. We’re always listening to the music and the conversation. Over all these years our ears have gotten well trained.”