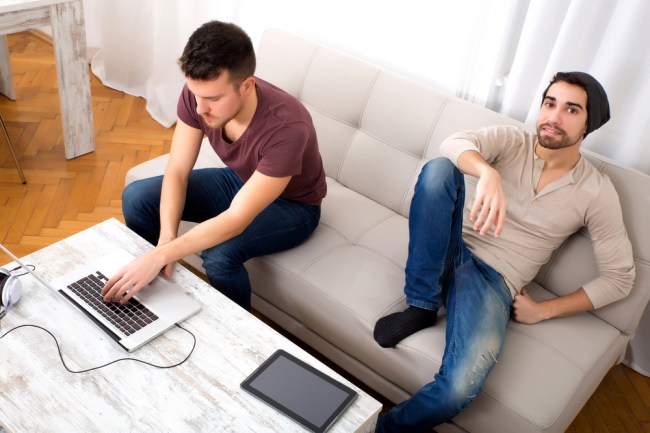 Living alone is the tops, I get it. If anyone subscribes to the phrase “hell is other people” it is me. And that is especially true when it comes to living with people, friends or otherwise. During my years living with roommates, there wasn’t a week that went by that I didn’t have to confront them about how shitty they were at being a functional human being. Whether they didn’t know how to clean up after themselves or they couldn’t understand the concept of paying rent on time, some kind of awkward interaction always had to take place. I hated it.

But as much as I hated having roommates, what I didn’t hate were the savings. I lived for almost a decade in New York City so you can imagine that it was especially brutal on my bank account. When I moved there, my roommate and I had to pay $3,250 for a one bedroom apartment that we converted into two bedrooms. At the time I never realized how much money living like that saved me, but according to Moneyish, living with a buddy pocketed me an extra $12,000 that year. That is pretty great savings if, ya know, you actually save it. I did not.

Below is a list (courtesy of Moneyish) of how much you will save living with a roommate in just about every major city. What it doesn’t list out, however, are the years of your life that will be stripped away from you by the stress you’ll undoubtedly endure when you are stuck living with some helpless shitbag. 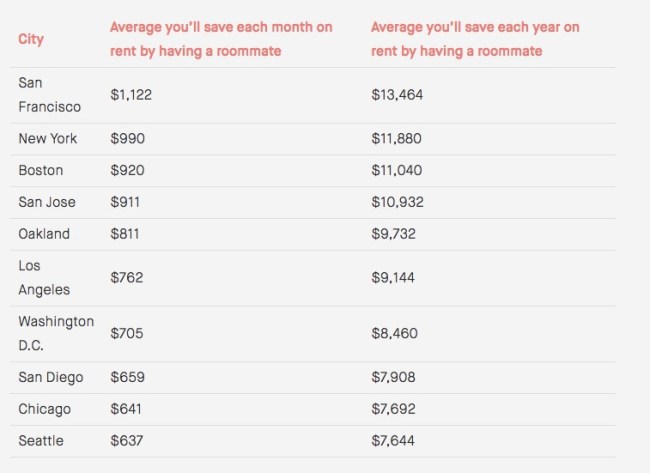 Now if you’ll excuse me, I need to go apologize to all my friends who I just called helpless shitbags.

[Image of city cost via Moneyish]