This Reverend Has A Big Damn Band 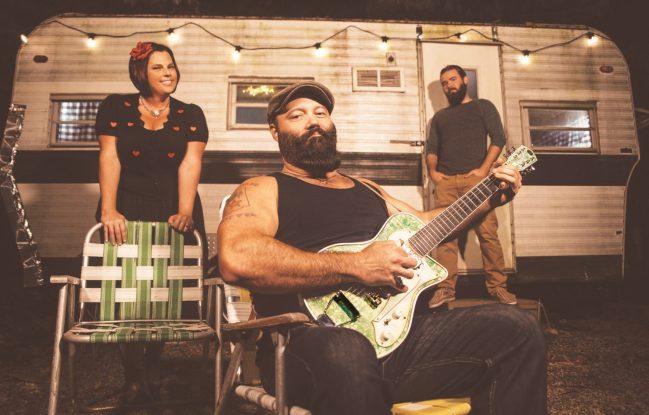 Josh Peyton was a high school homecoming king, has a wardrobe that includes sleeveless shirts only, is a Kentucky Colonel (as am I), an ordained minister (unlike me), once worked as a hotel desk-clerk (I’ve made love in 14 hotels), has arms the size of tree trunks (similar to me), and leads a band that plays 250 dates-a-year when not locked down during pandemics.

A man with all of his girth – from biceps to beard – needs something, well, girthy. He needs something big. Really, really big! So that’s what Rev. Peyton did in forming and driving The Reverend Peyton’s Big Damn Band.

The Indiana-based band is a collection of classic road warriors and a rather accomplished country-blues act with 10 albums and one EP to their credit. And don’t think the Big Damn Band is some backwater American standard. Like many blues-based acts, they have a large European following and have toured worldwide as well as having played notable stages like Bonaroo and the Sturgis Motorcycle Rally, among thousands of others.

In this episode of The Load Out Music Podcast, we speak with Rev. Peyton (his mom actually calls him “Rev”) and discuss the his upbringing and passion for music, talk about his longtime partnership with bandmate and wife “Washboard” Breezy Peyton – “The Miss Elizabeth of Country Blues” (Oooooh Yeah!!!!) – and examine how he overcame the adversity of being told he’d never fret a guitar again with his hand into becoming a lifelong musician and more.

So sit back and enjoy this exciting episode of The Load Out Music Podcast. It’s a good one!